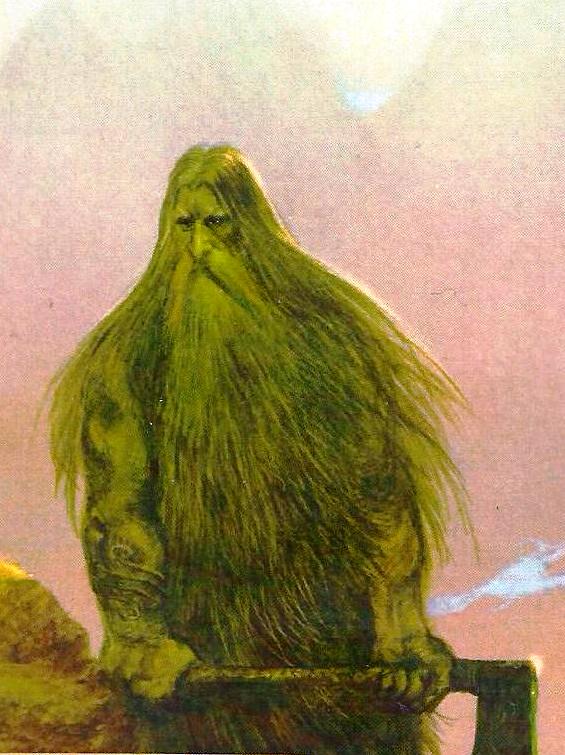 …In the silence which had fallen upon the company, a loud wailing
from without the Mead-Hall could be heard by all those present.

Into the house that Father Fish built strode a big, uncouth fellow of un-surpassing ugliness.

Twice the height of any of the men of Albion was the horrible apparition. The mantle about him and his hair was like a great spreading bush the size of a winter shed, under which thirty bullocks could easily find shelter. He had ravenous yellow eyes the size of an ox vat, which bulged from his head, and each of his fingers were the width of any normal man’s wrist.

In his left hand he carried a block, a burden for twenty yoke of oxen, and in his right, an axe weighing a hundred and fifty molten masses of metal.

Its handle required a plough team of six to move it, and its edge was of a sharpness to slice a hair blown by the wind…

…He strode across the hall and stood by the fork-beam of the fire. “Is the hall lacking in size that you seek to hog the fire with your bulk?” asked King Grim-Gaze, “You are as a shadow cast across the sun.”

“You need have no fear of my shadow,” rumbled the Carle, “I possess the capacity to enlighten the whole household with this blaze behind me but tonight that is not my purpose.”

“Then what is your purpose?” asked King Grim-Gaze.

“I have a covenant to make,” said the clod-hopper, “for neither in Africa nor Asia, nor yet throughout the whole of Europe have I found the man to do me fair-play regarding it: since the men of Albion excel all the folk of those lands for strength, prowess and valour, I hope to find me one among you to fulfill it.”

“What then is this covenant which no one has so far met?” said King Grim-Gaze.

The foul fellow cast down the block into the middle of the hall and brandished his mighty axe, “whoever agrees to allow me to cut off his head with my axe tonight, I will grant him the same with regard to my own head on the morrow and along with it the Championship of Albion.”…

– Extract from ‘The Heart of Albion‘

The eyes have been dotted, the tees have been crossed, to all intents and purposes the ‘donkey work’ of writing the five dramas for next year’s April Workshop: Leaf and Flame- The Foliate Man has been done. There will undoubtedly be minor changes between now and then, there always are and these are usually flagged up in the communal read throughs which will take place at our three remaining monthly meetings.

There is still an awful lot of work to be done in terms of music, props, costuming and the presentations which are used throughout to properly set the tone and theme for the weekend…

But more importantly what we really need now is… people!

So, what are you waiting for? 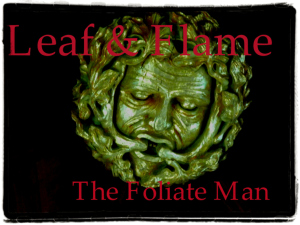 and a special appearance by Mister Fox.

4 thoughts on “An Uncouth Clod-Hopper…?”