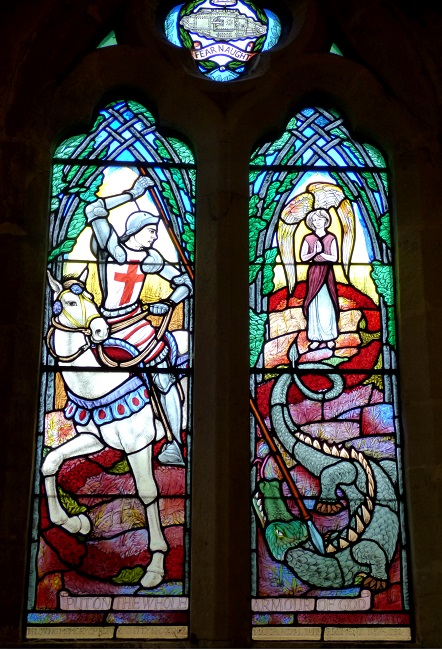 The Self, is it real or a psychological illusion?

In this hour of focus on what many consider to be our most precious possession, we will look at the arising of the self and its potential.

Many mystics have considered that we have a self and a Self.

What is the difference?

Does one subsume the other or do they meet halfway.

Join us for some spiritual companionship, fun and discussion on what might just be the most important topic of our lives…

“We’re really close to the Church that we tried to get into before lunch the other Sunday but which was closed.”

“What, the one with the remains of a standing stone in the graveyard?”

As we approach the South door, I can hardly contain my excitement and take the lead. I can hear voices within… there is some sort of tour going on in there.

“…and to your right we have the South door which is the oldest working church door in Buckinghamshire…” I twist the door handle and lean into the door fully expecting it to open onto the interior of the church which it does not. “…since 1211…hold on a moment there… the door is barred. I’ll just open it for you.”

“…the door was barred, I’ve just unbarred the door for you,” he smiles and then nods somewhat knowingly and resumes the narrative of his tour, “Further to your left…”

I cast a cursory glance at his charges, three elderly looking tourists, two male and one female who are doing their best to affect an air of nonchalant acceptance of our unscripted entry.

I glance too at Wen who has skipped into the church and whose mirth appears palpable.

“Sire”
“…”
“SIRE”
I turn to the enquirer, imagining it to be one of the tourists and somewhat irritated that my reverie has been so rudely interrupted. But it is not one of the tourists, it is someone who I have never seen before. A small, weasel-like man dressed in rough leathers is standing at the front of the church just before the nave.
If this were not shocking enough, the church itself looks very different from the one I stepped into mere moments before. It is also ram jam full of people who are all looking intently at me, awaiting my response.
I turn back to the window hoping that the nightmare will abate but the window too has changed and, instead of depicting my beloved George with his blessed Dragon and lovely Damsel, it depicts a farmer sowing seeds upon the ploughed earth.
“Sire, the court is awaiting your response.”
I gulp… and turn… and start to walk down the centre of the church.
“My response?” I muster,  attempting to affect nonchalance. As I progress down what used to be the central aisle of the church, I notice out of the window that what remains of the standing stone is not a standing stone at all but a village cross. Next to the cross stands a hooded executioner sharpening his axe blade…

… I come back, still scrutinising the rich colours and beautifully executed form of the stained glass window before me and immediately glance over my shoulder… The scene has returned to one of relative normality. The tour guide has manoeuvred his charges into the chancel and, from Wen’s position in the church, I would estimate I have been gone for only a matter of minutes. I move over to her, still a little shaken by recent events, to find she is busy photographing two more utterly stunning windows which bear the epithet, “I bore you on eagle’s wings and brought you into myself.“…

The Triumph of Horsenden – The Initiate 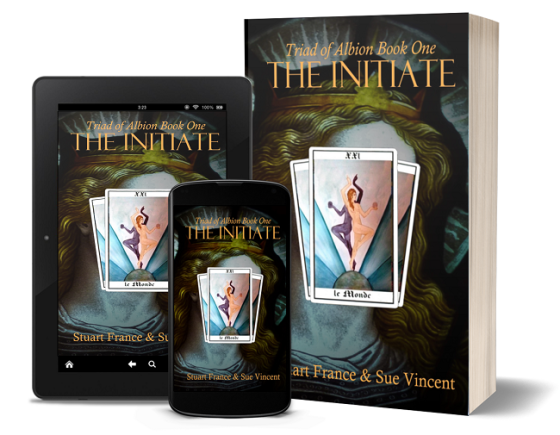 Book One of the Triad of Albion

The Initiate is the story of a journey beyond the realms of our accustomed normality.

It is a true story told in a fictional manner. In just such a way did the Bards of old hide in the legends and deeds of folk heroes, those deeper truths for those ‘with eyes to see and ears to hear’.

Don and Wen, two founding members of a new Esoteric School, meet to explore an ancient sacred site, as a prelude to the School’s opening event. The new School is to be based upon a nine-fold system and operate under the aegis of the Horus Hawk.

The trip does not unfold as planned.

Instead, Don and Wen, guided by the birds, find themselves embarking upon a journey that will lead them through a maze of spiritual symbolism, to magical mysteries and the shadowy figure of the Ninth Knight.

As the veils thin and waver, time shifts and the present is peopled with shadowy figures of the past, weaving their tales through a quest for understanding and opening wide the doors of perception…