“What’s up?” he asked, locking the door of the flat as I descended the steep stairs. I grinned through the pain… he’d know soon enough… the calf muscles had taken a hit from three days climbing hills. Which is why, we had decided, Sunday would be leisurely.

The pub was shut; we had gone in search of a late breakfast and wifi and, finding neither, headed off to the park instead, where toasted teacakes and coffee would keep us going for a while. The housekeeping arrangements on these weekend visits are beautifully simple. Neither of us tend to eat huge amounts and are quite happy to go with the flow.

We hadn’t planned on being out all that long, but by the time we had investigated the rest of the pubs in the area and found some wonderful pasta for a late lunch, my eyes were smarting and starting to swell. They do it at the most inconvenient moments, and for no reason I can put my finger on. Some kind of allergy I suppose, but I could happily live without looking as if I’d gone several rounds in a boxing ring. Between us we were not in the best of visible states; having caught the sun the day before one of us was rather pink and glowing, the other needing dark glasses. 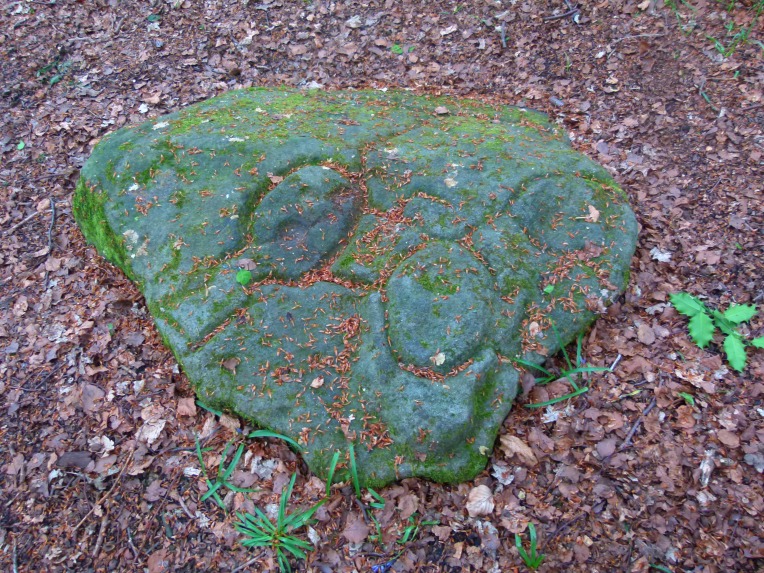 We decided to pay a visit to the wood-stone. On the Friday we had sought out some of the petro-glyphs on Ilkley Moor and it felt right to wander back and look at the stone. You could see the similarities in the ancient carved stones, although the relief on the wood stone is far deeper than the petro-glyphs on the moor. Was that erosion from the exposed site or had they been made that way? The latter, probably. Having seen them so close together in time, our theories seemed to be stronger than ever. 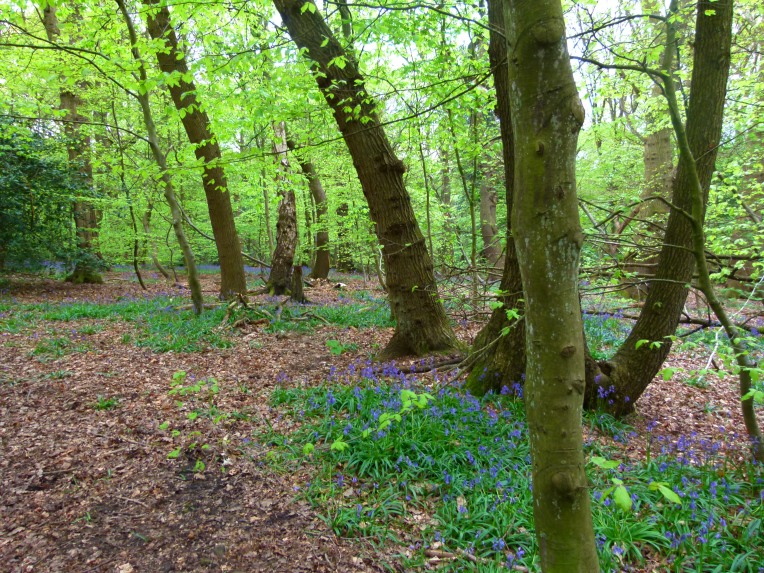 The bluebells were out in the woods and the air full of their perfume. I love this time of year! Just a few weeks since our last visit and the wood has burst into life. Beech leaves throw a delicate canopy of golden green against the sky, distance melts away with the blue mist of flowers and even time seems to take a holiday. There is a peace in the little glade through the portal of trees that brings the perfect end to a sleepy afternoon.

Leisurely, though, seems to be a variable thing. We worked our socks off in the evening. As the experiences of the weekend shaped themselves, the cover for Doomsday was designed and agreed and rituals built for next year’s Silent Eye workshop. Not a bad evening’s work all told. Monday, my last day, we had plans… a further visit to a stone circle. There were ideas to put to the test… 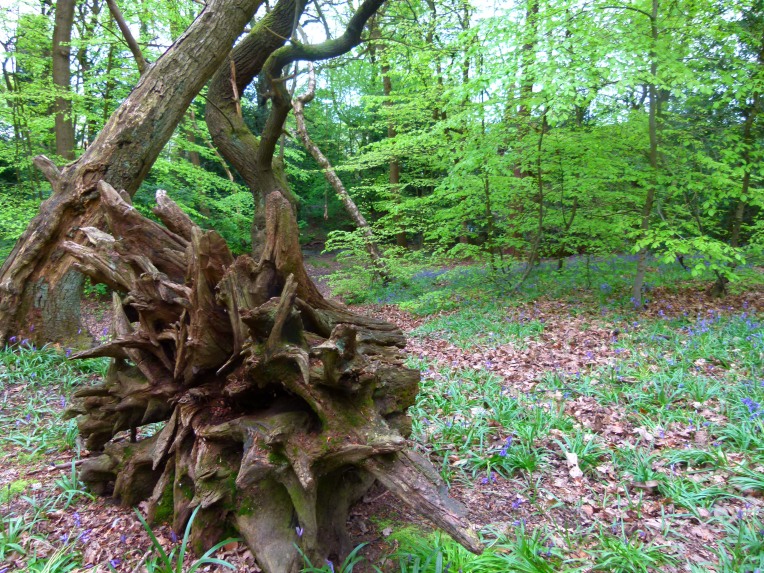 4 thoughts on “Pasta and petroglyphs”