Reblogged from Journey to Ambeth: 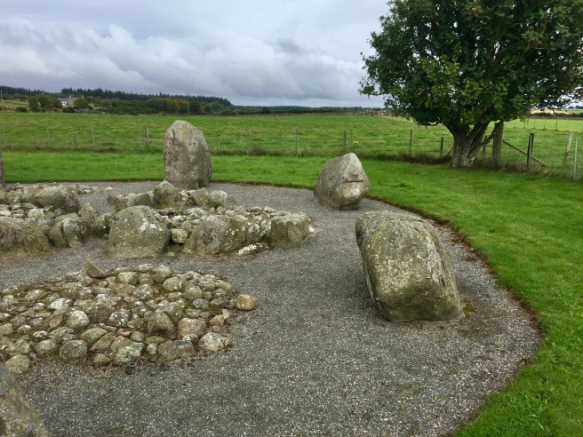 I should have expected this. On the last Silent Eye weekend I’d attended there had been a place that had shaken me, unexpectedly, making my breath shorten, my heart pound. And so it is, I suppose. On these weekends we are challenged as well as inspired, and beauty can hold darkness as well as light. Still, when you reach such a place it is always a shock. 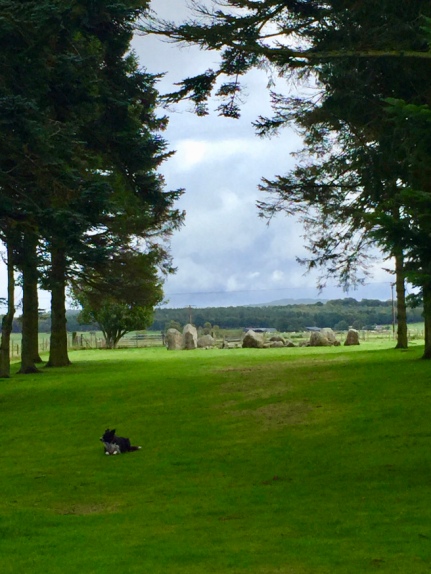 And so it was at Cullerlie. We parked by an old stone wall, and I picked a couple of blackberries to eat as we approached the gate leading to our next site. And then the guardian appeared. A bouncing ball of black and white fur, the collie seemed very pleased to see us all, bounding about on the grass, pausing at intervals on the approach to the circle. My companions (if you read their accounts), saw him as a friendly spirit, welcoming. And I felt the same way… for the most part. To me it felt a little bit as though he wasn’t sure whether or not we should be there, but he led us on nonetheless, pausing every so often to make sure we were following. 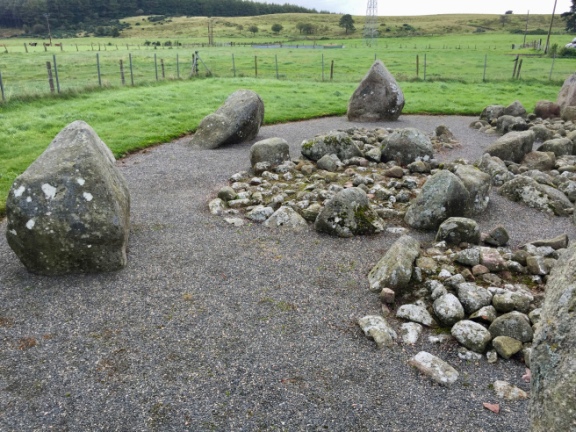 Cullerlie stone circle, also known as the Standing Stones of Echt, is described as a circle of red granite standing stones, surrounding eight small burial cairns. The cairns are also circular, and fill the interior of the circle. Hawthorn and willow ash have been found in the cairns, as well as cremated human bones placed there before smaller stones were placed over the top of them. When the circle was constructed in the Bronze Age, the landscape around it was boggy, the stones brought from higher ground to be placed there, in contrast to the other circles we had seen. 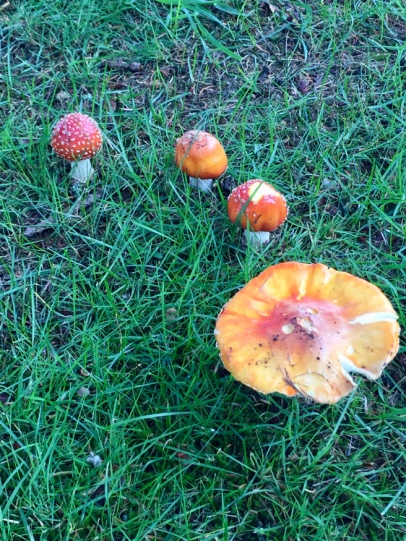