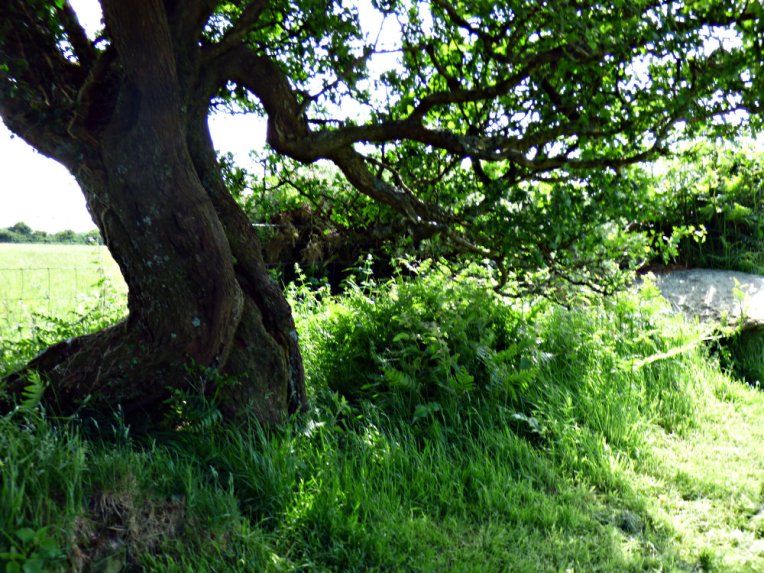 It is a magical place. You are in no doubt of that as you walk along the path to the site. Hoary stones nestle in the hedgerow. Bluebells, those delicate woodland flowers that bloom only in spring, are blooming on the hillside at midsummer, scattered through the grass as if giving warning that here, time holds no sway and to step into the enclosure is to step out of this world’s realm and into another.

Your first sight of Pentre Ifan takes your breath away. I saw it many years ago, on a day that invited no other visitors… we had the place to ourselves for hours and time to get a feel for this sacred space. And, although many things here may be debated and pondered upon by minds scientific or spiritually inclined, there is no doubt about its sanctity. 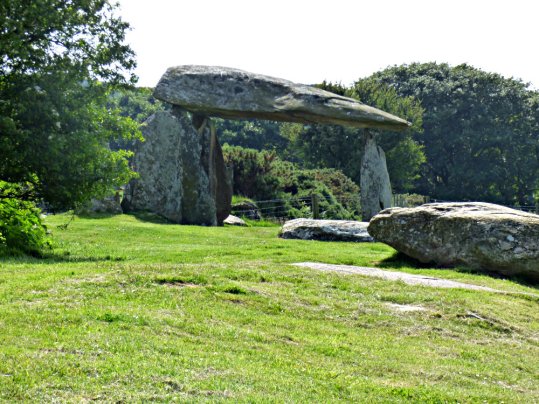 It is the gigantic head of a bird that greets you, its beak held aloft by stone as insubstantial as a feather, looking out over the valley. Here, it is not just the stones that ‘get’ you. It is the place itself. Little wonder, when there are so many tales of the Fair Folk being sighted here, especially as the moon rises on a summer night.

Some tales tell that they are red-capped and resemble small soldiers. Others, less forthcoming but more believable, speak of insubstantial beings, impossible to capture but who converse with those rare few who can see them.

It was built around six thousand years ago and is the oldest of those we visited on this trip. The site sits within its enclosure still, even though the stones are largely lost within the edges of the oak wood and the hedgerows, the shape of the space can still be traced. There are all the usual debates over the purpose and construction of the site, and it is always referred to as a tomb. Here, I can see that, though not because of the archaeology. Very few finds have been discovered here and nothing to show that it was ever a burial chamber, which, in itself, seems a little odd for a tomb.  I wonder if it was part of the death rites, rather than a final resting place?  Or perhaps the death was more symbolic…a ritual initiation …a re-beginning…for the shamans. 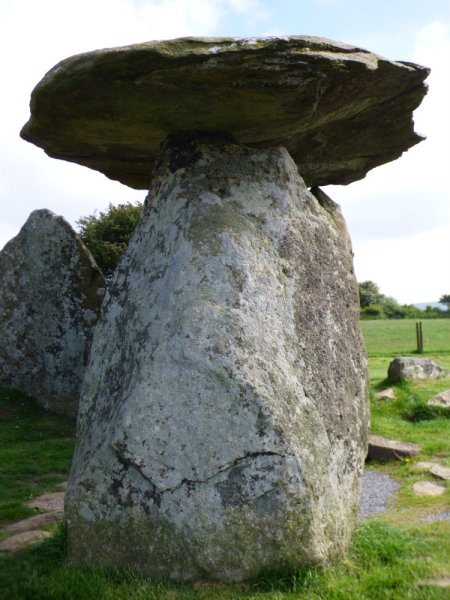 One legend about the place says that it was a druidic college.  Pentre Ifan was not always its name either… it was once known as Arthur’s Quoit, Coetan Arthur, like the first site we had visited. Arthur, as a legend, is a mere babe compared to the age of these stones, and I wonder why the warrior-king who sought the Grail was associated with them. Perhaps folk memory remembered something we have now lost and saw in these stones a portal to a different mode of being. 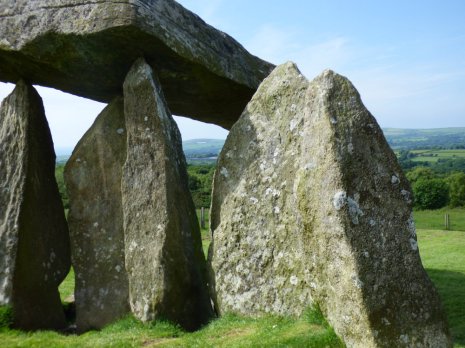 A recent CGI reconstruction of the site by CADW inadvertently confirms my avian impression. My first thought when I came across it a couple of years ago was that the stone cladding of the mound that enclosed the stones and the sunken chamber that once lay within, looked remarkably like the hooded wings of our red kites  Thus, if the reconstruction is anywhere near correct, the Old Ones were enfolding those within in the protective wings of a great bird that turned its head back to watch the approach from the lowlands.

It seems almost irrelevant to give facts and figures about this place. The capstone is over 16 feet long and weighs around 17 tonnes. It is held on three orthostats, some 8 feet above the ground as it now stands; the sunken chamber would have made the distance even greater. It appears that the earliest structure on the site was an oval cairn flanked by dry stone walls. Later it was extended and became a long barrow around 130 feet long.

The central stone of the portal may have been the blocking stone for the final form of the tomb, or it may have originally been a standing stone on its own. Within the chamber was a felled stone, deliberately left, with traces of burning and older stone-holes. Eventually, a semi circular forecourt was created beyond the wider end of the capstone, which is blocked, but not supported by, the central monolith… a stone that looks remarkably like something I painted several years ago.

The top of the capstone slopes down towards the valley, as does the peak of Carningli that forms the western horizon of this remarkable site. But it is not the size, or the shape that is the overriding impression that seeing these stones makes upon you. It is not even the fact that, as Robin Heath points out in his book Bluestone Magic, Pentre Ifan, with Llech y Drybedd and Bardsey Island, form a precise north-south alignment that goes a long way to establishing the credentials of the long-distance surveying in which our ancestors were engaged.

No, it is the elegance of the stones themselves.  Their delicacy and poise. The fact that the great capstone is held by nothing more than three needle-points of stone… that have held  it thus for millennia. Seventeen tonnes of stone that appear to hover above the ground, as lightly as a feather on the breeze, carried on slender shards with a precision that is simply stunning.

If the CGI interpretation is anything like accurate, all this would have been buried under tonnes of earth. No one would have seen it. Is this, then, on a par with the sumptuous wall paintings of Egyptian tombs? A last gift to the dead?  Or maybe the stones were never covered at all? Or is it because they believed that those within saw with an otherworldly sight?

The elegant poise of the stones is a confident expression of both skill and beauty. The false fragility of Pentre Ifan makes the earlier sites we had seen look like country cousins… heavier, cruder of construction, though not less powerful for that. It is as if the ancient ones tried their hands at the other sites before attaining perfection here…yet of the ones we had seen, Pentre Ifan is the oldest. Perhaps, then, this is the cathedral, built to show where the seat of power lies and the others are the parish churches where the ordinary folk do the real work of living and dying; simpler, but always full of life. But there is something about the place… something I would like to sit with in the silence and listen to on the wind. Perhaps it is that feeling that has given rise to the tales of the Fair Folk. 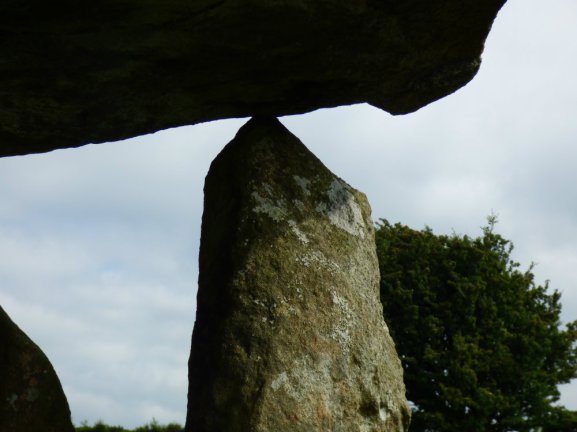 For the third and final time, our company gathered beneath the capstone and shared the Gorsedd Prayer. This time, we were granted the gift of hearing it read in Welsh and in that language it took on its true form, as if, like the stones, what we had known on the outside was only a pale reflection of its inner soul… a soul we were privileged to be touched by as it shone for a moment in the midsummer sun. We had not enough time to spend there, but we had enough. As we had arrived, a party was leaving the stones. As we left, another party arrived. It is often the way… as if by finding space for Spirit, It creates a space for us. That too is a gift.