The internet was playing up, the email account had been hacked yet again, pages were taking up to ten minutes each to load and anything that had images or video took longer. It was going to be one of those days. It seems to be a common problem and it makes trying to work exceedingly difficult as well as frustrating. It highlights just how dependant we have become on a technology that really is quite new. Society has adopted computers and the internet wholesale and within a generation we have, rather than finding a little slot within our lives into which it might fit, changed our entire lifestyle to work with it.

It is amazing when you really look at it…millions of people use the internet daily; the world, or so it feels, would simply collapse in so many ways without its possibilities yet, when my own children were young, it did not exist. So many technological advances within a lifetime or two that have completely changed the face of the world. Television and communications media, transport… cars and flight that were once the privilege of the few who could afford them are now a part of normality…There are probably more and stranger things out there than the writers of the Jetsons, could have imagined in 1962. Mobile phones… more people own one than have decent sanitation, apparently… what does that say about us as a global family, I wonder? 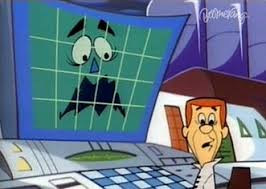 Even the way we communicate has changed with instant messaging, video calls, text and email. We ‘speak’ to people all around the globe every day, time and distance no longer matter, spontaneous comments can be sent in a millisecond, news shared in a nanosecond. We are more aware of global events and can participate in them in real time, seeing pictures and hearing sounds almost as they happen and sharing the ensuing emotions with those caught in the midst of the unfolding moment. The downside of that is the risk of desensitisation as we are daily faced with images of atrocity and tragedy that we can simply accept as part of the human condition. We take a stand for or against a cause, but the images that should move us have lost their edge… we forget that these are women, children, fathers, sons… like our own. Real human lives edged in blood… closer than at any time in history, yet, in many ways, more distant through habituation.

The double edged sword that opens the world for us to explore also isolates us from face to face interaction in many ways. If it were not for the dog and caring for my son daily, I would no longer need a voice for weeks on end. I see no-one and speak seldom when at home; suburbia becomes a hermitage for many as social interaction becomes virtual and we lose the warmth of a human smile or the touch of a hand as we speak. 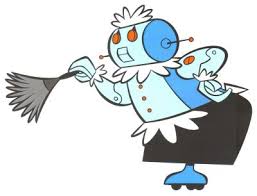 Handwritten letters are now a rarity and, if you’ll pardon me for waxing romantic, you can’t tie emails up with ribbon and keep them for a lifetime… printing them out is just not the same. How much of our real, personal histories will we be able to leave for future generations from passworded accounts and encrypted documents… and would it be the same without the trace of a human hand on paper?

Veracity too has taken a hit. Not so long ago a letter was either real or forged; now the printed word can be subtly altered, a word here or there that changes the focus, softens an edge or alters the emotive content. Images are tweaked, ‘photoshopped’… a new verb along with ‘googling’ to enter our language. We run to the internet for information when we know there is a huge amount of inaccuracy online, yet, of course, there is also a vast store of knowledge, art, literature and opinion available to us at the touch of a key… more than ever before in history. 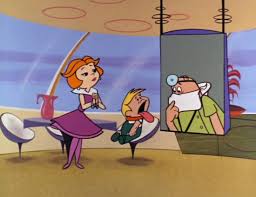 We have adopted the new technology and will, no doubt, do the same when the ‘internet of things’ comes into our lives and every gadget we own is capable of communicating vital information about our statistics and habits. Once again there is the potential for enormous good as well as the capacity for abuse, misuse and an Orwellian future. We can’t even say it is ‘up to us’ as we, the ordinary people, will have little voice when there is large-scale corporate profit involved.

We are, however, incredibly adaptable creatures. Since the advent of the technological revolution that has become such an intrinsic element of our everyday lives we have managed to acquire new skills, create a common language to deal with them and accept a whole string of new terms for hitherto unknown events and needs. We seem to be developing a new skillset for communication that is, perhaps, more aware than ever of the use of language itself. Purists may rail against ‘text-ese’ terms and abbreviations and particularly the ubiquitous emoticon, but the more I look at the etymology of words since working on the books, the more I see that this is what we have always done and how our modern language has evolved from its ancient counterparts. 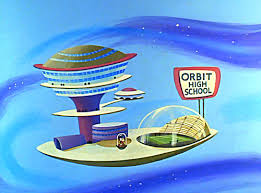 Emoticons allow us to take a possibly perceived sting out of our words or express something beyond them. They have evolved an unspoken protocol of their own and can both instigate and terminate a deeper conversation. We even seem to be evolving a kind of sixth sense that can read between words to emotions. As always, with the written word much depends on the reader’s own inner voice and character and it is easy to wall oneself in within the ego and miss the kernel of hurt, the laughter, longing or raillery in the words of another. Mind you, we can just as easily fail to see those things when they are in front of our eyes if we are too caught up in our own lives. Yet those with any kind of empathy or care for their fellow man seem able to pick up a good deal from a curt status update on social media, or through a brief text or email. It is as if lacking the visual clues of body language and expression, the timbre of a voice or the averted eyes we have learned to read them in the choice of word and the turn of a phrase.

I wonder if, as we move into a new phase of technological adventure, we are also moving towards a need to concentrate more on the unseen skills of being human; those abstract, unquantifiable qualities such as awareness, discretion and empathy and exercise a more mature and conscious attention and discrimination where our interactions are concerned. At no time in the history of our species has there been such possibility for communication and understanding, or for man to unite behind common goals… and, of course, the obverse of that is also true. In that, at least, it is up to us, as individuals, to choose which way we go.

Though it would help if our internet connections were actually reliable… 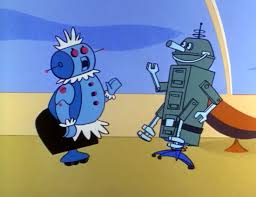