Our visit to the actual village of Portmeirion ended quietly, but with an interesting mosaic of happenings. We rejoined our colleagues, silent in our own conclusions – for everyone must find their own in a place like this, and there can be no right or wrong, for the author, McGoohan, is long departed.

We took the beautiful coastal walk which would bring us to the place of the final set of Portmeirion readings, high up in the forest once more. There is only so far you can take a walking mediation like this. After a while, you need to step back and let the ‘now-ness’ of the actual place take over. This part of Wales, just south of Snowdon, is spectacularly beautiful, and days as fine as this was are rare in a British summer. It was important to move on and, in doing so, to bring our wonderful adventure in the ‘Village’ to a close.

The Truth can only be in the now. Each of us discovers this in their own way. Even the wisest of books can only point us to that eternal basis of the ‘real’. We live in an organic body; a body which is undergoing cycles around the sun that will eventually lead to its death. Death is programmed into the genes of the human being. It could have been otherwise but it is not. We, therefore, have to look within our lives – that sequence of the moments of now – for that which is eternal, for we will not find it in our bodies.

We might say that in an act of fully experiencing the now we bring together two worlds. What those worlds are and their significance in our lives is a matter of personal discovery. The past weighs on us in the form of our beliefs, fears, memories, likes and dislikes. This accumulation becomes something that we have no choice but to assume is ‘us’. But that is false. What is us lies ‘beneath’ that layer of detritus, and it is the job of mystical schools to tease it out and have it take its rightful place. The inner part of our being – the soul if you like -will use ‘the accumulation’ as cleverly as possible to fashion an effective instrument of consciousness and action in the world it must inhabit. But it is only by realising that we are really kin to the inner and not the outer that freedom can be truly viewed.

A fuller perspective would show how the nature of our experience is closely tied to what we need the most in order to, finally, see the real. 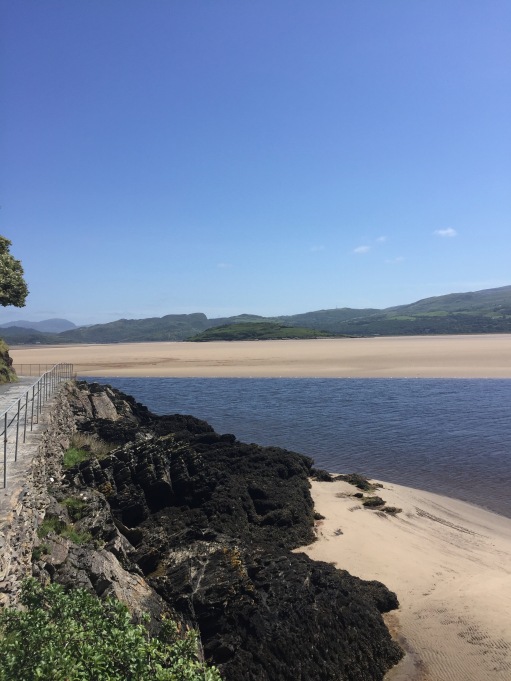 It was apparent that a certain amount of levity had entered the day, on the back of the noonday sun, no doubt. It certainly wasn’t alcohol; tea and coffee had been the only liquids consumed. We set off back along the shore path, for the final time, when, in the nature of these days, an event happened…

This one was prompted by Sue announcing that she could live in the small lighthouse, built by Clough Williams-Ellis, as one of his jocular landscape features and on the basis that the new Portmeirion village didn’t have one. It was obviously conceived as a piece of humour – it looks like it was rescued from a ‘Clangers’ set – the 1970s children’s TV show. True to form, Stuart climbed up, as well, and they set about deciding what renovations would be needed before it was habitable.

Much mirth below. Proceedings halted for while, until we could move on, again.

I have another photo of the two of them up a tree – the next item in our mosaic – but we have an agreement, usually honoured, that we will not publish photos without the subject’s approval. Instead, here’s a photo of the tree with John about to size up the possibility of sitting on its bent and horizontal trunk. For the second day in a row, our chess champion was about to contribute some mystically-themed reading, many of which he recited from memory.

The humour continued for a while, as the sea views dropped off along the climbing path. Then we were in the forest, again, and the mood changed, becoming more reflective. At the top of the steep gradient, we found a peaceful glade, and, with the delightful company of a very tame robin, carried out our readings. We had all forgotten the theme of this part of the day, which is just as well, as our next destination awaited and offered a much more fitting place. It’s important to be open to change on these occasions. The nature of any ‘mystical journey’ is defined by what happens between the building blocks you put in place; though it must be said that without the building blocks there would be no gaps with which the spirit can work… 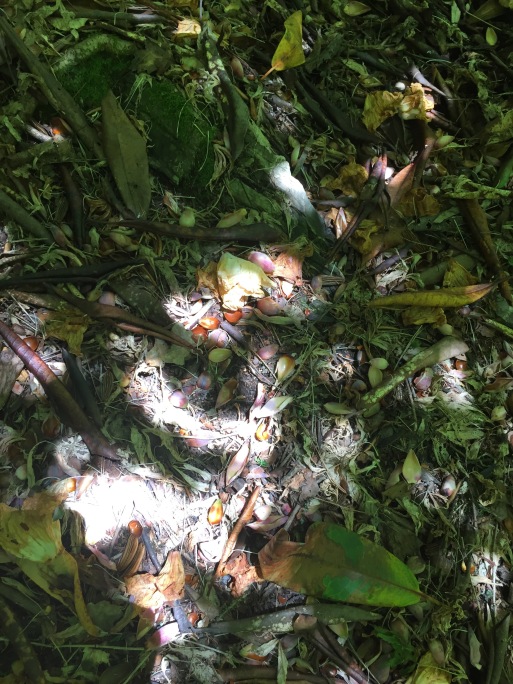 Stuart and Sue contributed a great deal to the weekend with their ‘bibliomancy readings’. At each place, someone from the group would be asked to open the selected book at a page of their choosing. Then, another person would pick one of the readings from that spread of pages. The reading would then be made. It is a matter of record how much such a method of selecting, using an appropriate book, can throw light on the topics of the day.

The reader is referred to Stuart’s blog where the whole sequence of his and Sue’s trip is narrated, in order of how the bibliomancy reading were selected and given.

Soon, though, it was time to leave this beautiful cove, and to take advantage of the perfect weather to visit another – though one in a very different landscape and from a very distant period in time. The spirit of levity still dominated the day. We said our goodbyes to Portmeirion, knowing we had established a strong enough connection to draw us back for further visits. 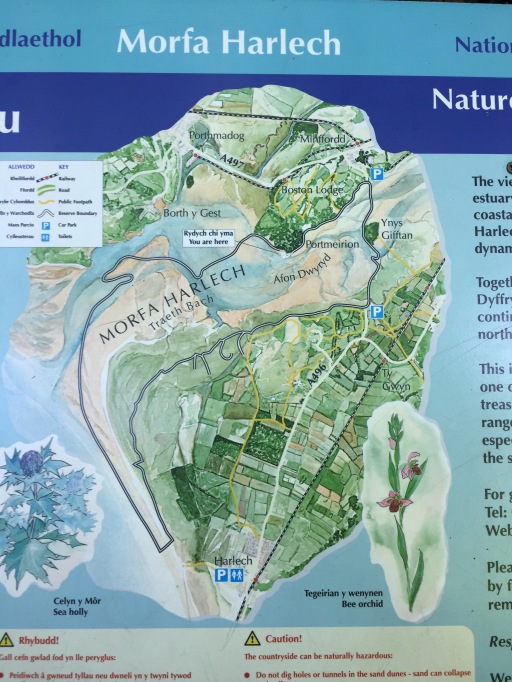 Just around the estuary, a very much older landscape beckoned, one that was to fit very well as our theme moved from ‘acceptance or resistance‘ to ‘authority‘.

Thirty minutes by car away and seven centuries in time, the Men of Harlech were waiting… The prisoner might have established his attitude to Portmeirion, but the iron first of the establishment was about to respond in stone. 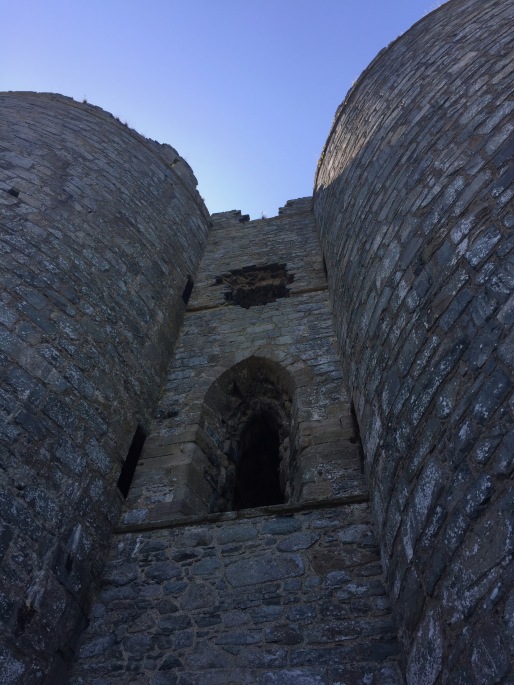 12 thoughts on “An Eye full of Reflections (Part Five)”