Alethea Kehas and her friend, Deb, flew over from the US to share the journey of the Feathered Seer with us. Alethea begins her account of her part in the weekend…

This time I traveled without my family, taking in their place a friend who did not yet know the land. There comes a point in one’s journey when the comfort of the familiar gives way without fear to the unknown. I was to play the role of Bratha, the “Feathered Seer,” without knowing what would await me. When I left the comfortable place of the hearth to fly across the Atlantic, I did not know that the role I was to play at the Silent Eye’s annual workshop would become me as the land gave way her secrets.

The journey began long before I boarded the plane. Such is the nature of all journeys, whether we are aware of it or not. They do not abide by the rules of the mind, or the laws of life as we are accustomed to living it. The truth is, the rocks had been whispering to me inside of my dreams; the land calling out to me with my first breath, as it calls out to all birthed inside the womb of Earth. We listen when we are ready. We follow the lead when it becomes the only path that pulls.

Bratha lived at a time, long ago, when the land was still considered sacred, but its people were turning away from the Mother, toward ego’s fear and greed. As the threads of light were torn by the hands of mankind, the stones became the keepers of memories, holding the secrets of the light inside their seemingly inert bodies as they waited for those who wanted to remember. They became the guardians of the secrets, marking the nodes of the web of light waiting to be re-ignited. They guard them still. 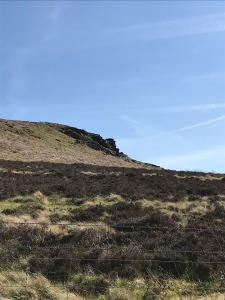 4 thoughts on “The Journey of the Feathered Seer: Part 1 by Alethea Kehas”