Four hundred steps… six hundred million years… It’s a lot, especially when they descend one of the steepest cliffs in Britain. 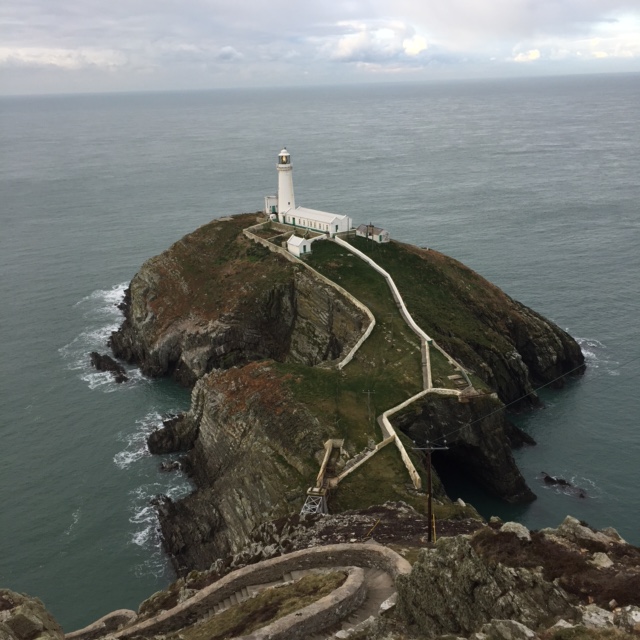 But it’s worth it. To travel through the known geological history of the Earth in the few minutes it takes to hum ‘Morning has broken’ is a soul-warming experience; and nor is the song out of place when you’re experiencing one of the brightest and most beautiful December mornings ever…

With the exception of Friday night’s walk around the moonlit crescent of Trearddur Bay, on the farthest western peninsula of the ancient island of Anglesey, this, the Saturday morning, was the start of the Silent Eye’s ‘notorious’ winter weekend – notorious for its dubious seasonal placing within the pre-solstice, December weather. 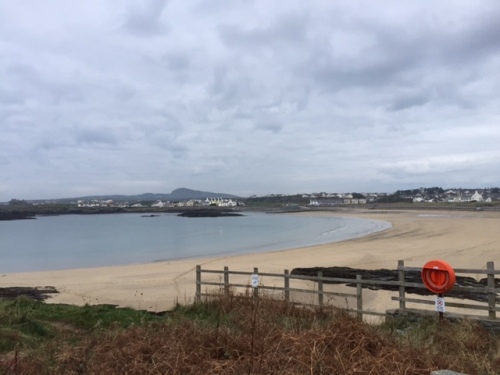 Last year’s December workshop had ended, prematurely, amidst the worst UK floods in living memory, as we battled the elements to climb the rain-soaked west-Pennines in the search for the meaning  of the lost landscape of Viscount Leverhulme.

Thankfully, we had all enjoyed the Saturday, including a splendid Christmas lunch at a local pub, enough to abandon the Sunday…

No such woes, now. At the bottom of South-Stack’s vertical cliffs – an RSPB nature reserve in its own right – we were treated to light, dappled clouds and frequent winter sun. Bright and just cold enough to feel distinctly festive as we all looked up at the light sky, and wondered if it would hold…

We needn’t have worried. For the entire weekend, we were increasingly bathed in gold, blue and, as the days ended, a very rare and crystal-clear obsidian black, which was to play a great part in a spiritually- uplifting two days.

Looking up the cliffs at the rock-written history of our beautiful planet, we asked the Companions of the weekend to visualise how many times the Earth had curved on its seemingly never-ending orbit of the Sun, spiralling through the backdrop of galactic space of which we have little conception. Back through our Western history to its roots; and prior to that, to the pre-history of Britain, in which the Celtic and Druid tribes had their origin and their zenith.

In the case of the Druids, that zenith came to a brutal end on the Isle of Anglesey, their last refuge from the ruthless Roman army, in two massacres – A.D. 60 and later in A.D. 77. 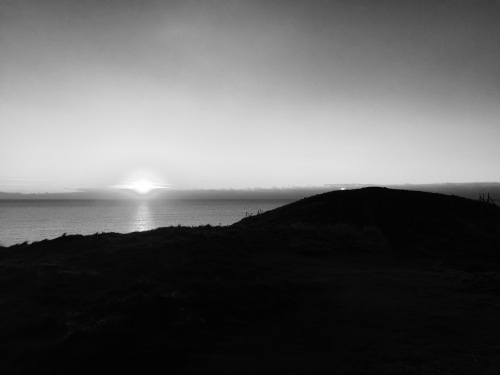 What does it feel like to know that your civilisation and everything you love and treasure is coming to an end? There are obvious parallels with the uncertainties of the present chaos in the world’s politics, but our focus was not on doom, but on how to face dark uncertainty with hope and a heart filled with the seeds of the possible–the real future.

We have no idea whether the Druid priests and priestesses communed with their own gods and goddesses of destruction as they stood on the beaches of the Menai Straits, gazing across the deadly waters, as they considered the end of their world. Perhaps they invoked The Morrigan, that three-fold goddess: shape-shifter, crone and warrior in one entity…perhaps a more native Welsh god was invoked. We may never know, and nor is it of great importance for this exercise.

For the Druids, forest groves and bodies of water were of special significance. Lakes, in particular, held the power of the ‘liminal’ – a nether world between two others: neither one thing nor the other, such as life and beyond life; a place where offerings could be made, and communication with higher perspectives could be achieved.

Such places, often embedded, now, in modern urban landscapes, may still have a very special energy, as we were to discover at the end of this most special day, at Llyn Carrig.

In the day and a half before us, we meant to use the spirit of the approaching winter solstice to explore the liminal edge of the end of the Druids…

To be continued in Part Two

The Silent Eye School of Consciousness offers a low-cost, three-year home study programme which delivers a deep and experiential understanding of the spiritual journey using the Magical Enneagram.

For more information, email us at rivingtide@gmail.com.

8 thoughts on “Moon over Venus – part one”