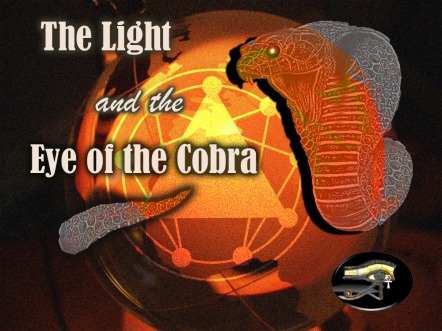 The water was soft on his skin. He was used to bathing in the river at sunset, but there was something special about today. He looked across at the glittering image of the sun as its reflection folded on the water, bouncing the golden light across the gentle waves at him. A boat had just sailed by and he felt the lapping waves caressing his thighs. It tickled and he giggled to the river.

His reverie was disturbed by the sound of his Grandmother’s voice.”Wash, Amkhren, stop your daydreaming!”

He smiled his cheeky smile back at Snefer, sole guardian to him since the death of his parents many years ago, in the fire that had destroyed their home while they slept. The name, which he had given her, made her smile, though he was too young, yet, to know the kindness behind such tolerance. The name derived from a present from his father, which he still kept. His father had travelled in his own youth – selling his beautifully hand-woven carpets, which he would pile onto his faithful donkey, before leaving for days or even weeks. He always came back with tales of his adventures, and Amkhren’s delight had been to sit, balanced precariously on his knee; and listen . . .

One day, his father had returned with a carved wooden object – a present to his son. He took it from his bedroll and presented it, smiling as he did so. He had carved it out of a block of wood. It was like one of the drawings his father had shown him of the fabulous white pillars that legend said graced the upper parts of the river, just before it spread and flowed into the sea. The wooden carving had a square base, whose four corners rose in two stages, to meet at a single vertical point. The angle of the climbing sides became shallower half way up and this gave the whole things a comic element. His father had said that the place it was located was called Sneferu, and it was known as the bent pillar. The day after that, Amkhren had pointed at his grandmother and said, “Grandma is bent, too! Can we call her Sneferu, like the carving?”. His father had looked at his own mother and smiled in that mischievous way that his young son had inherited. Then he had said, “Well, we don’t want to anger the Gods, so let’s shorten it to Snefer!”

She had sighed, inside, on that day. But now the memory of that time brought back such happiness that old Snefer didn’t mind at all. She looked at the boy, who had finally taken off his loin-cloth and was washing himself. Her heart burned with feeling for him – the sole survivor of a family that had known how to love and to laugh, together. The sight of him always drove away the aches and pains that had begun to afflict her ageing frame . . . and the sad memories.

The sound of footsteps behind her made her whirl in alarm. After that, she could only drop to her knees in the sand.

“High Priestess, forgive me!” She bowed her head to the mud. Before her was one of the most beautiful and stately women she had ever encountered – Neferaset, the woman who led the worship at the Temple of Isis on the island of Philae, across the river a mile or so away. Alongside her brother, Anzety, they were the most powerful of the bright people.

“Do not be frightened, old woman,” said the glowing one, bending down to take the hands in the dust and pull Snefer up to her normal, if bent, standing position. “We are not in the temple, and, if I choose to leave the sanctuary of the island and walk along the river, I am going to meet strangers . . .”

Snefer kept her head bowed. But spoke, “My grandson is bathing in the river. Forgive his rude nakedness.”

Neferaset looked beyond the bowed woman and saw her relative. He was talking to another boy who stood ahead of him in the deeper water.

“And who is that with him?” she asked.

Neferaset frowned, then moved the sight into place to gain more distance; and blinked her eyes, focussing on the two boys in the shallows. One was plainly visible, his naked form dancing in the water. But he was definitely speaking to another boy – one who stood motionless before him and had a bright but much less distinct outline . . .

Amkhren was delighted with his new friend. As golden as the ripples on the river, he had appeared before him in the beautiful sunset, smiling. He had asked Amkhren’s name, but refused to give his own. Now, the other watched, while Amkhren bathed, as though the act of seeing someone so vividly alive fascinated him. Amkhren was about to press for his name, again, when he heard his grandma calling from the bank.

“Amkhren, put on your garment and come here at once!”

Amkhren, saddened, but obedient, spun back to say goodbye to his friend; but the other boy was gone. He peered deep into the waves in case his friend had swum off, but there was no trace of the other. A second, and sterner call from Snefer dragged him from his searching. Panting, he retrieved his rags and tied them across his wet waistline. Only then did he look up to locate the old woman. She was standing, with her head bowed, next to another woman. This was a day of surprises! He looked harder, narrowing his eyes to carry his vision deeper into the tableau. Then, he stopped walking and his mouth fell open. There on the raised bank, his grandma was talking, though her head was bowed, with the High Priestess of Isis – a woman he had once stolen a look at from the sanctuary of a hastily built log raft, which had floundered shortly thereafter.

The day had been baking hot and Amkhren had walked along the river bank, far from where Snefer had said it was safe for him to travel. He had gradually been extending his exploring, because he knew that the Island of Philae lay somewhere beyond the next twist of the river’s course. On that day, he had caught sight of a temple procession on the sacred isle and had thrown caution to the wind, and trusted his life to a few logs hastily lashed together with the stalks of reeds in the way that his father had shown him, so long ago.

Before the raft had fallen apart, he had caught sight of the winged one, as he thought of her. She had shone in the sun in her finery and splendour. All around her there was total silence, total reverence. Beside her, another of equal stature walked, but this one was a man, tall and purposeful, yet with a hint of gentleness to his bearing.

The reed bindings had given way, the logs parted and, plunging into the river with a cry, he was forced to cling to the largest as it rolled. Gone were the wild thoughts that someday he would find a way to return to Philae to serve them. Choking on the inhaled river water, he clung desperately to the remains of his capsized raft and forced his legs to kick, pushing the log slowly towards the far bank.

Now the Goddess stood before him. Disguised, yes, but it was her . . .

Amkhren took a few more steps and fell to his knees, prostrating himself in the dust.

“I feel I know you, boy?” said the shining one.

“Oh, you couldn’t know us, High Priestess – we are just beggars in your world,” blurted out his grandma, her head still bowed.

Amkhren’s mind raced. Should he tell her of his moment on the raft? Surely it would be to invite death . . . and yet, he didn’t want to miss the only chance that his life might contain to reach for that impossible goal.

“The river has many secrets, High Priestess,” he managed, somewhat proud of his utterance.

“And dreams, perhaps?” the tone of her voice was soft. There was deadliness there, too, but her knives were sheathed.

She knelt down in the dust of the bank and, with gentle hands that yet contained more power than he had ever felt, pulled his head up to stare back at her almond eyes.

“And what does this young man dream of?” she asked, running a painted finger up the side of his jaw.

So begins “The River of the Sun” the Silent Eye’s April 2015 annual workshop. You can read more about it here.

The workshop explores the nature of living a magical life within the hard reality of a world dominated by power and materiality. Using the setting of ancient Egypt and the aftermath of Akhenaten’s doomed reign, a living story is told of two great forces which collide. The one, inspired by the vision of the long dead heretic seeks to embody what is known of his teachings, hidden within the worship of Isis. The other is the man known as the Eye of the Cobra, a deputy of the new Pharaoh, Rameses, who is left on the island of Philae to spy on the suspect High Priestess and her brother.

Into this maelstrom flows the life of a young man, Amkhren, whose long-held desire has been to serve for the priesthood. But his life will turn out to be very different from what he had envisaged.

Join us for this exciting weekend in the Derbyshire hills.  From the team that brought you “The Song of the Troubadour” and “The Land of the Exiles.”

The event offers a mixture of lectures and ritual dramas in which each of us will play a single role for the duration of the weekend.  Each person will play a (fully scripted) role – you only need to read from the scripts and do your best to bring it to life. Creativity will be welcome and encouraged, and we will all explore the deeper meanings of Egyptian symbology by living it.  Fun will most certainly be a theme and there is a lovely pub next door, which sees occasional use from the Silent Eye crowd . . .

Don’t miss it! Demand will be high and there are limited places.

For further details or to reserve your place: rivingtide@gmail.com