For  November, it was a surprisingly pleasant morning. In need of somewhere to go to stretch our lockdown-cramped legs, we wandered to a neighbouring village to explore its history. Whilst personal preference may direct our attention to the ancient face of the land, it was because of more recent memory that we had landed in Whitchurch… this sleepy little backwater, like every other town, village and hamlet, has played its part and paid its price in time of war.

To most of us, the fallen from long ended wars are simply names inscribed upon the Rolls of Honour or cenotaph.  It is their families who feel the loss of life, love and presence most keenly. They may not even know what happened, how or where their loved ones died. There may be no grave at which to stand in mourning, no chance to say goodbye.

There are others who do return home from conflict, broken, scarred, both physically and mentally, to families who may be equally traumatised by separation and fear. Theirs are the forgotten stories… and sometimes it needs a name or a face better known to highlight and illustrate the tragedy.

Whitchurch is typical of so many of our Buckinghamshire villages, built along the course of the major road out of town. It has the almost obligatory Norman church, the remains of a Norman motte and bailey castle, a handful of holy wells, its fair share of half-timbered buildings and far more than its fair share of thatched cottages. Today it is home to around a thousand souls. Some, amongst the many who lived and served here, stand out.

Once, in the years of peace between the First and Second World Wars, Whitchurch was home to a young artist named Rex Whistler. He lived at Bolebec House, a beautiful old building whose back lawn nestles in the shadow of the old Norman castle, looking out across the valley. In 1933, Rex painted that scene, a painting now known as The Vale of Aylesbury, and famously used it as part of the advertising campaign for Shell.

One of the “Bright Young Things” of the 20s, Rex, a man of great charm, had made a name for himself as an artist, designer and illustrator as well as painting the portraits of the rich and famous and accepting commissions for murals. When war broke out, he was a successful artist and thirty five years old. He joined the army, and, in June 1940, was commissioned as a second lieutenant in the  Welsh Guards.  On the 18th July 1944, he left his tank to go to the aid of other men in his unit, he was killed by a mortar bomb and lies in the military cemetery of Banneville-la-Campagne. He never came home.

At the far end of the chocolate-box village of Whitchurch, they played with bombs and explosives at The Firs. The house had been built in 1897 for Charles Gray who had served as an officer with the Imperial Yeomanry in South Africa.

By the outbreak of WWII, The Firs was owned by Major Arthur Abrahams, from whom it was requisitioned to serve as a part of Ministry of Defence 1 (MD1), also known as “Churchill’s Toyshop”. Housing around two hundred and fifty people, the Firs was part of a British weapon research and development project, responsible for dreaming up weapons like the limpet mine and anti-tank weapons… such as the one that killed Whistler. There could be no clearer indication of how humankind brings tragedy upon itself…

Just a few doors away from Whistler’s residence is Whitchurch House. This was the childhood home of Joyce Anstruther, a name unknown to most. She is better known as Jan Struther, who not only wrote some of our best-loved childhood hymns, such as “Lord of All Hopefullness”,”When a Knight Won His Spurs” and “Daisies are Our Silver”… songs which take me straight back to Assembly at school… she also created the character Mrs Miniver as a newspaper column for The Times.

Mrs Miniver was supposed to be an ordinary suburban housewife, but when the war began, her remit subtly changed, reflecting the changing world. The columns were eventually released as a book which became a real success, particularly in the US, which was still maintaining its neutrality at that time. Winston Churchill is credited with saying that the book had done more for the Allied cause than a flotilla of battleships and that the book (and later the film) was worth “six divisions of war effort.”

I have to wonder whether Jan Struther would have been glad about bringing the United States into the war, placing so many more at risk…or simply glad to see some end in sight?

Then the movie rights were acquired by M.G.M who went on to make Mrs Miniver.

The movie, released in 1942 and rushed into theatres at the behest of President Roosevelt, touched hearts, especially across America, by showing how the war was affecting every corner of every family, in every village and street in Britain. The war was no longer some distant and hungry beast, growling in the night, but a persistent predator, taking away all that was most loved and cherished.

Even Nazi Propaganda Minister, Joseph Goebbels, wrote of the film that  while saying not one word against Germany, the film managed to become a powerful weapon against his regime. 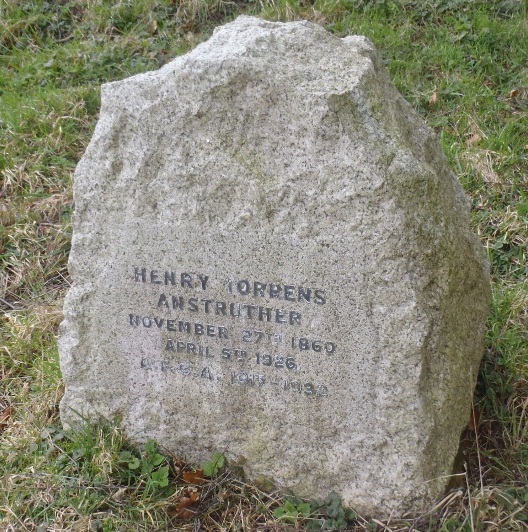 Jan Struther, born Joyce Anstruther, later became Joyce Maxtone Graham and finally Joyce Placzek. She died of cancer in New York, in 1953 at the age of fifty two. She did come home and her ashes are interred beside those of her father in the family grave in Whitchurch.

Three stories… three different faces of war from one sleepy village. And yet, there is one thing they all share…they would all have recognised and agreed with the sermon a local vicar gives at the end of the film… and it has a relevance and resonance still today, though our wars are fought as much in the corridors of power as they are on the battlefield… and our search for discernment and truth remains our most urgent necessity.

“The homes of many of us have been destroyed, and the lives of young and old have been taken. There’s scarcely a household that hasn’t been struck to the heart. And why? Surely, you must have asked yourselves this question? Why, in all conscience, should these be the ones to suffer? Children, old people, a young girl at the height of her loveliness? Why these? Are these our soldiers? Are these our fighters? Why should they be sacrificed?

“I shall tell you why. Because this is not only a war of soldiers in uniform. It is the war of the people, of all the people. And it must be fought not only on the battlefield, but in the cities and in the villages, in the factories and on the farms, in the home and in the heart of every man, woman, and child who loves freedom. Well, we have buried our dead, but we shall not forget them. Instead, they will inspire us with an unbreakable determination to free ourselves, and those who come after us, from the tyranny and terror that threaten to strike us down.“