After Bamburgh’s glories, the simplicity of the tiny harbour at Craster made a welcome change. We had brought sandwiches rather than joining the rest of the party for a pub lunch… what little time we had could be used for visiting the church, or so we thought. The church, though, proved to be reluctant to reveal itself, which was a shame as later research showed it to be a tiny place with some beautiful stained glass. 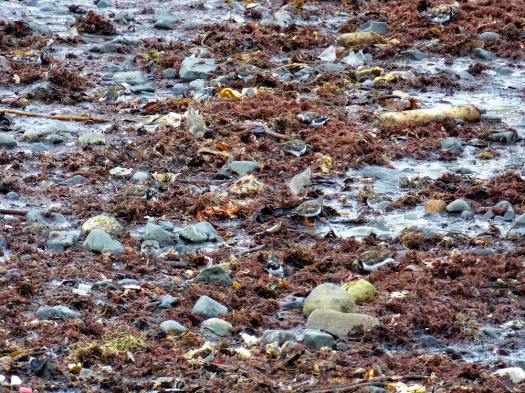 Instead, we sat on the harbour, watching the pebbles move on the shore, or so it seemed as a hundred small birds trawled through the seaweed and stones for their own lunch and oystercatchers explored the shallows.

The little village is now famous for its seafood, but I was more interested in the sea. The sights, sounds and smells of the shore are far from me at home, and this trip would be my last sight of the waves for another year. I love the light by the sea… you can tell when you are close by the luminescence and I love how it changes, colouring land, sea and sky with its moods, moment to moment.

In the end, we did little after lunch except catch an ‘oyster’ of our own and we sat eating the ice-cream and nougat confection in the lee of the harbour wall. Behind us was a plaque commemorating its building as a memorial to one of the Craster family who had held the lands here since 1272.

Captain John Craster had served with the 46th Punjabi Regiment and was one of the few British soldiers killed during the Younghusband Expedition to Tibet in 1904. It was curious to find this connection to a death half a world away after seeing so many of the Younghusband family memorials the day before at Bamburgh. 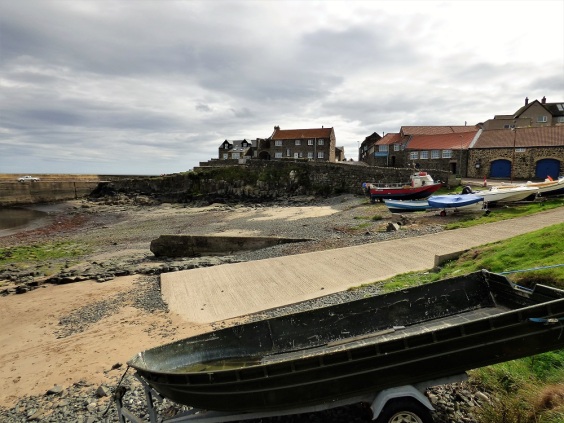 There is an odd square arch at one end of the harbour, looking like a misplaced Egyptian pylon gate, but which is a leftover from a structure used to load stone from the local quarry onto the ships that would carry it to London to be used as kerb stones. There is a very real sense in this tiny place that the world may seem large, but nowhere is more than one connection away.

Life went on around us as we took time out of the timetable. On the surface, there were tourists, visitors, people simply dipping their toe in the waters of the life of the village before moving on. Behind the scenes are all the human histories; the fishermen and stonecutters, the wives who watched the sea and the mothers who waited for a soldiering son to return. They are stories that echo in both past and future, matched by the joys and sorrows hidden behind every front door. 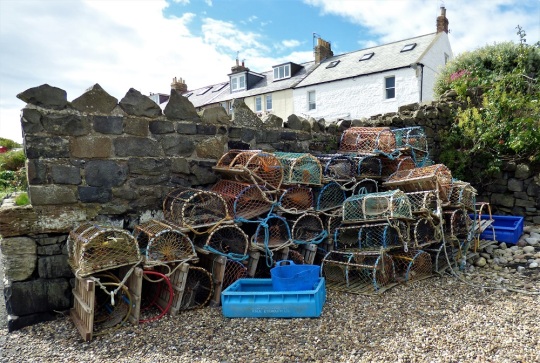 We travel through time and space as we move through our own lives, glimpsing, as through a window, moments from the lives of others. It is a strange feeling when you realise the wealth of stories that are unfolding all around you as you simply sit and watch.

But for us, there was another chapter about to begin as our companions strolled along the harbour to our meeting point to begin the journey to our next destination…