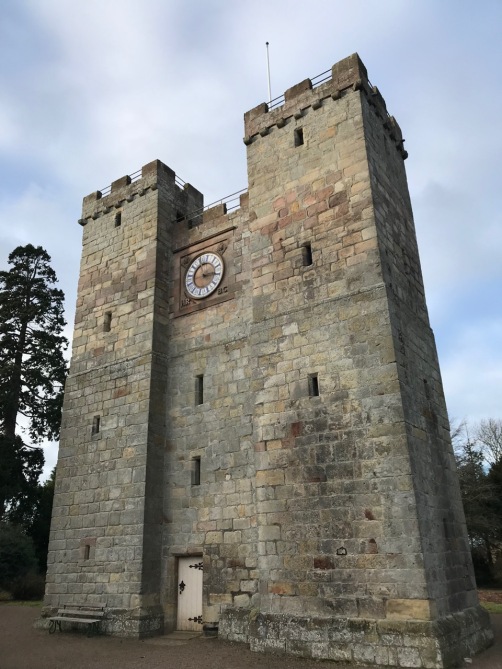 A recent trip to the beautiful Northumbrian coast threw up a chance visit to Preston Tower, one of a type known as a ‘Pele Tower’ – a fortified place of refuge for well-to-do families, built during the times of the ‘Border Reivers’ – armed family gangs who took the law into their own hands in these often un-policed borderlands between England and Scotland.

In the famous Pevsner’s Guides to the architecture of the UK, the Northumberland guide describes this type of building:

“In the 14th Century Northumberland was almost permanently in a state of warfare, and in the 15th and 16th centuries the county was still so sorely harassed by armies, gangs and thieves that a tower house was the only possible insurance a man of sufficient property could take out.”

Towers and their dwellers have always interested me, as they illustrate a particular set of human attributes: the needs for security and the power of fear – something whose controlling power we make reference to as a block to individual spiritual development in the Silent Eye’s three year self-exploration course, where one of the archetypes encountered is just that Dweller in the Tower.

Towers have featured often in spiritual literature. The famous Tarot Card of the “Blasted Tower” is a reference to the destruction by natural forces (lightning, in this case) of the upper levels of the Tower’s construction. To find the whole origin of the essence of the card we need to go back to the Bible, where, in Genesis, it tells that, in a land after the great flood, all ‘men’ spoke the same language. They decided to build a Tower to Heaven from the ‘slime’ of the earth. God confounded their plans by causing them all to speak a different language.

We might assume that a kindly God would be pleased at our attempts to build a tower to reach ‘him’, but the essence of the story is that the materials used were not those that would withstand a dialogue with so powerful a being; and hence that very force – or attempted dialogue – was the source of the destruction. A mystical interpretation is that a successful tower would have to be built from below and from above at the same time… But that is a topic for another post.

The Dweller in the Tower is secure but cut off from the world they fear. The fear is real, as is the perceived threat, but it may not be present.

The effect of separation from the surrounding landscape is a terrible price to pay. We might say that such an approach takes us away from the ‘flow’ of life – a flow that, if embraced openly, is the key to our personal evolution. This is not an easy step, and is counter intuitive. It is the kind of step we take only when we become convinced that our life (within the Tower) is no longer capable of providing any real sustenance.

Pele towers like Preston Tower were build by rich men. They subjected their families to terrible and cramped living conditions in the name of safety. Psychologically, we might say that our obsession with safety does much of the same, today…

What would be attractive about life in a tower? One good thing might be the view. From a good height, we can see more… but not touch or feel or smell it. This suggests an isolation of the intellectual sense, that lives its life against a ‘picture’ of the world rather than the world, itself.

From that height, using that view, I could see all around me. I could compile detailed maps of the world below, bringing all that knowledge back into my tower, like a spy might – but it would always be historical knowledge. My interaction with the world below could be minimal, or as slight as I wanted it. Whenever I felt the least bit threatened, I could close the thick doors and bolt them. Then, climbing the winding staircase, I could take myself farther and farther from what might hurt me… take myself farther and farther from life, itself, replaying only the bits I wanted. 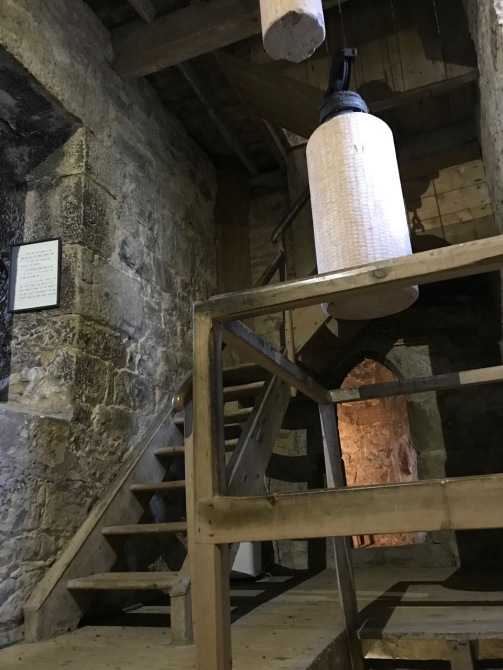 The Tower Dweller is not a complete human in the Silent Eye’s approach. He or she is an aspect of the personality, one formed from that part of the spectrum of ourselves which is associated with fear. The Pele towers were a very good model for one aspect of the modern personality, which feels itself under threat from things real – and many more, imaginary.

It takes targeted effort and a lot of self-honesty to see these deeply- rooted patterns in ourselves. The positive side of that coin is that they are fundamentals within our self. Any changes to these ‘magnetic poles’ in ourselves will alter the whole. If we simply concentrate on the Tower Dweller within us, then our self-work will be unbalanced. Far better to circumscribe ourselves so that we can see what other aspects hold the patterns of our vital energies prisoner.

One day, we might climb to that roof and look at the view, all around, for a different reason. We might have come to a vision of the potential fullness of our real selves and want to take one last look at the landscape from above, before opening the door and venturing out into that world with a very different purpose. The map will still be useful, but limited, compared with being there.

As the first breaths of our new life enter the lungs, enriching neglected inner pathways with new life, we might look back at the soaring stonework and thank the Tower; thank it for keeping us safe until we grew confident enough in ourselves to make our destination the world and not its isolated heights.

As the sun sets on the cold stone, we might find ourselves laughing and running into that forest, creeping up to shout ‘Boo!’ to the bogeyman who we once thought lived there…

Stephen Tanham is a director of the Silent Eye School of Consciousness, a not-for-profit organisation that helps people find the reality and essence of their existence via home-based, low-cost and supervised correspondence courses.

5 thoughts on “Dwellers in Towers”