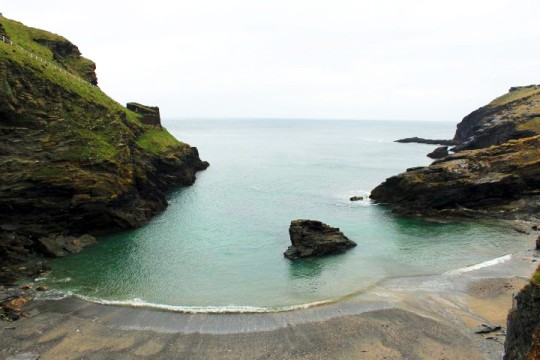 My son was in trouble. The nursing staff and the psychologist at the rehab hospital had him cornered. “Think about it,” they said, “what’s the worst that could have happened?” My son thought about it… he was quite proud of what he’d done. The twin gods, Health and Safety, however, were not quite so pleased.

“Not a lot,” he answered, knowing all the while that they were looking at the worst-case scenario of a serious fall, while he was seeing in his mind’s eye the two young men, both over six feet tall, both strong as oxen and one built like a tank, who had been his accomplices.  They had both taken the utmost care of his safety since the attack that had left him unable to walk and had held him in strong hands as he had walked up the stairs between them on his first visit home.

It wasn’t much… a brief glimpse of a normality that had been stripped away from him six months earlier. It wasn’t much to want to go up to the bedroom and talk with his brother and his friend as lads do. Maybe see if he could still play a video game. Just be himself for an hour…

Seen from the official perspective where risk assessment was paramount, the situation looked very different. In principle, they were right… the escapade that had caused much laughter could have ended in something worse than tears. In their eyes, I should have ensured my son’s safety by putting a stop to it. Instead I chose to ensure his wellbeing by encouraging him to go ahead and do it. I even watched and, worse still, joined in with their laughter. It was a good thing my son was discharged shortly afterwards… Poor old Health and Safety would have had an apoplectic fit had they seen some of the things we got up to over the next few years to encourage his recovery…

One of my son’s favourite maxims is a quote is by T.S Eliot: “Only those who will risk going too far can possibly find out how far one can go.” He has gone way too far on many occasions… and seen that he could go much farther than he, or anyone else, would have thought. Unable to walk, his sight limited and with a host of other physical challenges to contend with, he has jumped out of planes, completed his part in a triathlon, raised thousands for charity and been accorded a national award as an inspirational individual… all in the past year.

Had he listened to the limiting dictates of health, safety or even common sense, he would have done none of those things. More importantly, if he had not faced the very real fear of failing to achieve his goals and stepping beyond it, he would never have even tried. Nor would he have ever known he could succeed.

Thinking about this, I happened upon the design for a new bridge at Tintagel, crossing from cliff to castle over the sea. The cantilever bridge will have a gap in the centre, a void across which pedestrians must step. Each half of the bridge will be independent… the gap real, if narrow. I wonder how many will dare to cross? And how many will be held back by a genuine fear?

I have to wonder how many times we are held back from taking a chance only by our fear of possible failure… and how many things we might achieve if we could step beyond that fear for a moment and try.

We won’t always succeed, but even failure can teach us something positive or show us a new, tangential path we can take towards success. The ideas sometimes take a while to filter through, or we seize them before they have matured, rush in…and find our fears justified in failure. A step back, a second look, can sometimes show us another way forward that, without the failure, we would never have seen. My son tried to ride a bicycle and failed… so he bought a trike instead and rode in a the para-tri triathlon…then solo in the arduous London to Brighton cycle ride. That success was a direct result of a failure…but a failure born of pushing the boundaries of fear. Taking a risk.

We live in a society that fears failure and where success is almost hailed as a deity… yet success seldom comes easy; it almost always consists of a string of failures that each elicit a creative response. Failure builds our resilience when we pick ourselves up and try again. It hones our creativity  as we look for solutions and alternatives and allows us to find new avenues to explore. We also learn through those failures that fear can be faced and overcome… we tend not to fear the doing so much as the possible outcome.

Where could we go if we followed our dreams and faced those fears that hold us back? What might we each achieve by taking a chance on failing to achieve an ultimate goal that seems too far for us to reach? The dreams we hold come from deep within; they may arise from something deeper than the conscious mind and call us forward. If fear alone holds us back, we are denying expression to a part of ourselves that may retreat into the shadows, whispering regrets for a lifetime.

Sometimes we have to listen to the inner promptings of our dreams. We need to measure ourselves against our fear before we cann know who we might become. We need to take a chance, stepping out into the unknown in trust, knowing only that we might fall, before we can know whether we will or how far… and what else might we might find is waiting within for us to discover.

30 thoughts on “Pushing the boundaries of fear”