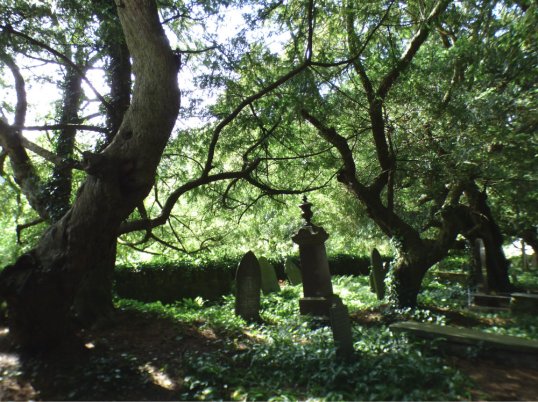 We had been engaged in one of those long existential debates, discussing life, death and the possibilities of what might come before and after. The debate had gone on for some time, discussion had gone deep and we had covered some serious stuff, including the changing perspective of the years, fuelled by my impending birthday and the universal fragility of life.

“You should make a video,” said my son.

For a moment, I was flattered, feeling that perhaps I had acquitted myself so well that he saw my thoughts as worthy of being shared. But that moment was a fleeting one… he took out his phone.

“But I’m a mess…” Vanity is universal when faced with a lens. Or that’s my excuse.

“Well, I’d rather you were sort of natural anyway…” It all clicked into place then. So much for flattery.

“You mean, for when I die?” My health may be a bit unstable at present, but I’m certainly not planning on dying at the moment. He had the decency to look a tad embarrassed.

“…I haven’t given you permission yet.” This is true. As he is both my son and my employer, such an extended leave of absence requires his approval and he has made his feelings quite clear on the matter.

By this time, the camera is running and I face the immortalising lens with no make-up, haystack hair and wearing my oldest clothes. We continue the debate, though in a far more lighthearted manner. Even so, it feels odd. Bad enough being recorded, which I dislike at the best of times, but to know you are being filmed as a memory for when you are dead is quite a strange feeling.

One of the things we had been discussing was the value of remembering that physical life is finite. It is a concept that must be taken from rather abstract idea we generally live with and transformed into a practical application. It is not a morbid or depressing perspective, as some might think, but is actually liberating as it shifts the focus from the transient to the eternal.

With a conscious awareness of the inevitable ending of this phase of existence, life and every experience in it, good or bad, takes on a new depth and richness. Nothing is to be missed through inattention, every experience is to be savoured and appreciated, because there is an awareness, a backdrop to living, that constantly reminds you that each moment could be the last.

And, as the camera captured our laughter, I was getting a graphic lesson in bringing that concept into reality.

But why should we want to be remembered at all? Perhaps it is the fear of utter annihilation. Or simply the ego, the personality we wear in life, programmed for its own survival, that  seeks to perpetuate itself… and cannot accept that life as we know it can carry on without us? No matter how well-known or well loved we are, unless we do leave some kind of concrete legacy to posterity, in a few generations we will be no more than an entry in a ledger or database somewhere.  And even that will one day disappear.

Whether we believe there is no more than this physical existence, or in the survival of the soul, we cannot escape the cycle or the recycling of life.  One thing is certain, in the physical universe, nothing is ever utterly lost. From plankton to planets, everything that comes into being will evolve and come to an end. Its component parts will be returned to whence they arose and become the building blocks of something new. Personally, I believe that also holds true of the soul. We do not need to seek immortality. We carry eternity within us.

Ah, Love! could thou and I with Fate conspire
To grasp this sorry Scheme of Things entire!
Would not we shatter it to bits – and then
Re-mould it nearer to the Heart’s Desire!
– Omar Khayyam

“I wish….” How many times have I heard that phrase? How many times have I said it, with irony or with longing… or both… wishing that the world was somehow different? Wishing it would shape itself more conveniently… just for me? From that big win on the lottery we do not play to the weather over which we have no control, wishing things would change seems to be part of the human outlook.

There are many who make that wish and revisit it wistfully from time to time, still hoping vaguely that things might change, but doing little or nothing to make it come to pass except relying on life to arrange itself for them. This passive wishful thinking is not the same as trusting that life will bring us what we need, it is a hankering born of dissatisfaction… an uneasy state of mind and heart in which to live.

There are others who will take this desire for change and move heaven and earth to make it happen, spending all their focus on that goal. In one respect at least, success or failure matters little, either way they…we… are missing something.

Change is happening all around us, all the time. We do not have to go out looking for it…it is occurring with utter disregard for our desires or our wishes, right here, right now.  From the life cycle of the cells which make up our own bodies, to the ticking of the clock as it slides present into past with regulated inevitability, everything is changing. And we change with it.

Whether change appears to us as good, bad or indifferent…whether we accept it with grace or rail against it, making resistance drag us along unwilling, we cannot escape. Most of the time, we do not even notice it is happening, because we are so accustomed to our entire lives being built upon it and we live within an ever-changing world. It is only when we notice change occurring that we develop an opinion and choose how we will face it.

If we start to take note of that continuous state of change in which we live, we begin to notice the details. Dissatisfaction with the state of what is becomes a little pointless when now is already in the past before we can even name it. And those details begin to take on new depth and meaning when we are aware of how transient they may be.

The last day of the holidays, the last mouthful of dessert, the last kiss… as soon as we know that something is finite, it takes on greater importance and touches our emotions at a deeper, more visceral level. We savour those moments, investing ourselves in them wholeheartedly and carrying away an emotional memory of joy, delight, pleasure or pain, that etches itself on consciousness. Good or bad, those moments are lived with a vividness that makes them stand out from the grey routine of our days.

When we learn to become aware of our surroundings as a continually changing chain of finite moments, each a mere scintilla, unique in the vastness of eternity, then each detail takes on that same depth and meaning, stirring something in heart and mind into acute and thrilling awareness. From the beauty of a sunrise, to the spots on a ladybird’s back… from a small act of kindness to an unprovoked smile, we begin to take note of the richness of life and experience.