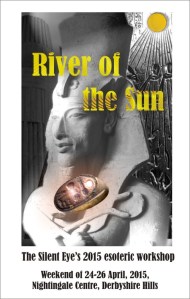 Egypt 1290 BCE
It is three generations since Egypt was torn apart by the rule of the enigmatic Pharaoh Akhenaten, who eviscerated the might of the ancient priesthood and moved the centre of political and religious power 250 miles North from Thebes to the new city of Armana on the Nile banks.
The rulers of the 19th Dynasty are determined to reverse the damage done by the heretic Pharaoh.  Seti I begins to restore Egypt’s military might to face a changed world.  This ruthless outward focus is a vivid contrast to Akhenaten’s peaceful but materially damaging reign.
Akhenaten is long dead, but what of his mystic religion?  Is nothing left of his radical teaching, his doomed attempt to replace the ancient religions of the once-noble priesthood and its former Gods with a single deity, the Aten, symbolised by the Sun disc?  The Hymns to the Aten, appear to show that he viewed the Truth as being very simple, although approachable in many ways.

Our workshop follows the life-story of a young man named Amkhren, whose heart’s desire is to be a priest in the temple of Isis on the ancient Nile island of Philae.  Amkhren is lowly born and an orphan.  A chance and dangerous meeting between his grandfather and Neferaset, the high priestess of Isis, opens the door to a mysterious world where the earnest and eager young man discovers that life on Philae operates on two levels, with a hidden face to its rituals, known only to the few.
Through dramatic ritual, we will take part in the life of Amkhren, as he is admitted to the apprentice priesthood;  then on to his graduation to its full ranks.  We return, years later, to find him matured and powerful, visited by those who seek wisdom of a deeper nature.  Watched over by the resourceful Neferaset and her brother Anzety, high priest of the cult of Osiris, Amkhren treads a deadly path as he falls under the suspicious eye of the newly appointed Menascare, a shadowy figure whose power derives from the soon to be appointed Ramases II, who has sworn to remove the last traces of Akhenaten, now known simply as “the erased”.
You can read more of the story for the weekend here and here.

The event offers a mixture of lectures and ritual dramas in which each of us will play a single role for the duration of the weekend.  Each person will play a (fully scripted) role – you only need to read from the scripts and do your best to bring it to life. Creativity will be welcome and encouraged, and we will all explore the deeper meanings of Egyptian symbology by living it.  Fun will most certainly be a theme and there is a lovely pub next door, which sees occasional use from the Silent Eye crowd . . . 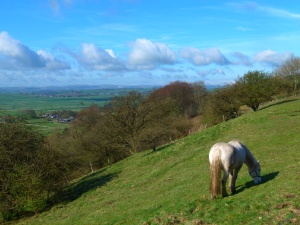 Don’t miss it! Demand will be high and there are limited places.

Accomodation is provided full board at the Nightingale Centre with inclusive prices for the weekend from £220 – £245 per person.

For further details or to reserve your place: rivingtide@gmail.com