Perhaps, taking his cue from what little was left of the Mediaeval originals,

Viollet-le-Duc incorporated and emphasised horns, and claws, and talons,

and tusks, and fangs, and beaks, and raised heckles, in his grotesques.

Even the feathers of the birds resembled scales, or chain-mail. 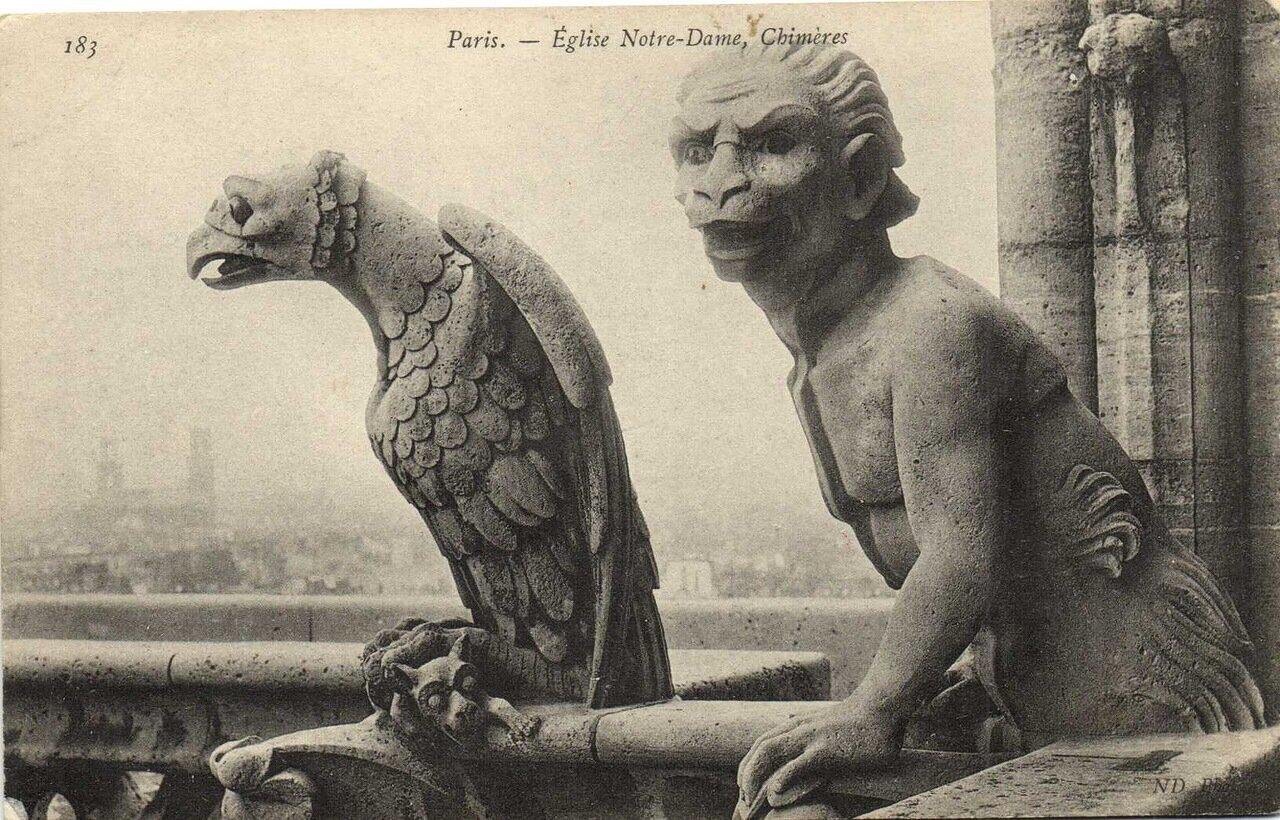 Nature for the denizens of the two towers, which between them

encompassed the directions of West, North and South,

appeared to be red in tooth and claw,

with little or no desire to transcend that state.

As monsters of the human mind, presumably,

this state also applied to the collective psyche,

and was, perhaps, forever exemplified by the

inhabitants of Paris who moved through the streets below,

and over whom the grotesques so rapaciously brooded.

of deep and prolonged fascination for both Parisians

and those who came from much farther afield

to climb the spiral-stairwells, and gawp. 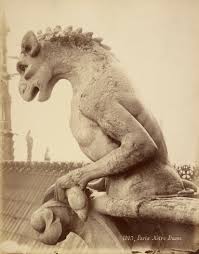 Many of the fantastical beasts had captured prey,

and feasted, ravenously, some of them fought,

others appeared to be in the process of hunting.

which sounds its heavenly horn to announce the Last Judgement.

Behind Gabriel, arrayed along the length of the base of the harmonious spire,

pointing the way of ascent, stand the apostles, upright, and serene.

But wait, what of the Christ Spirit?

Should not it too have been there? 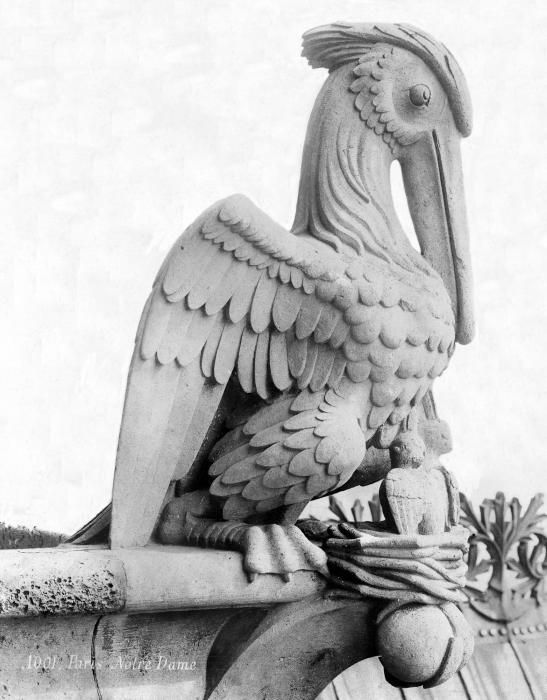 It was one of the grotesques!

3 thoughts on “The Alchemist: Last Judgement…”