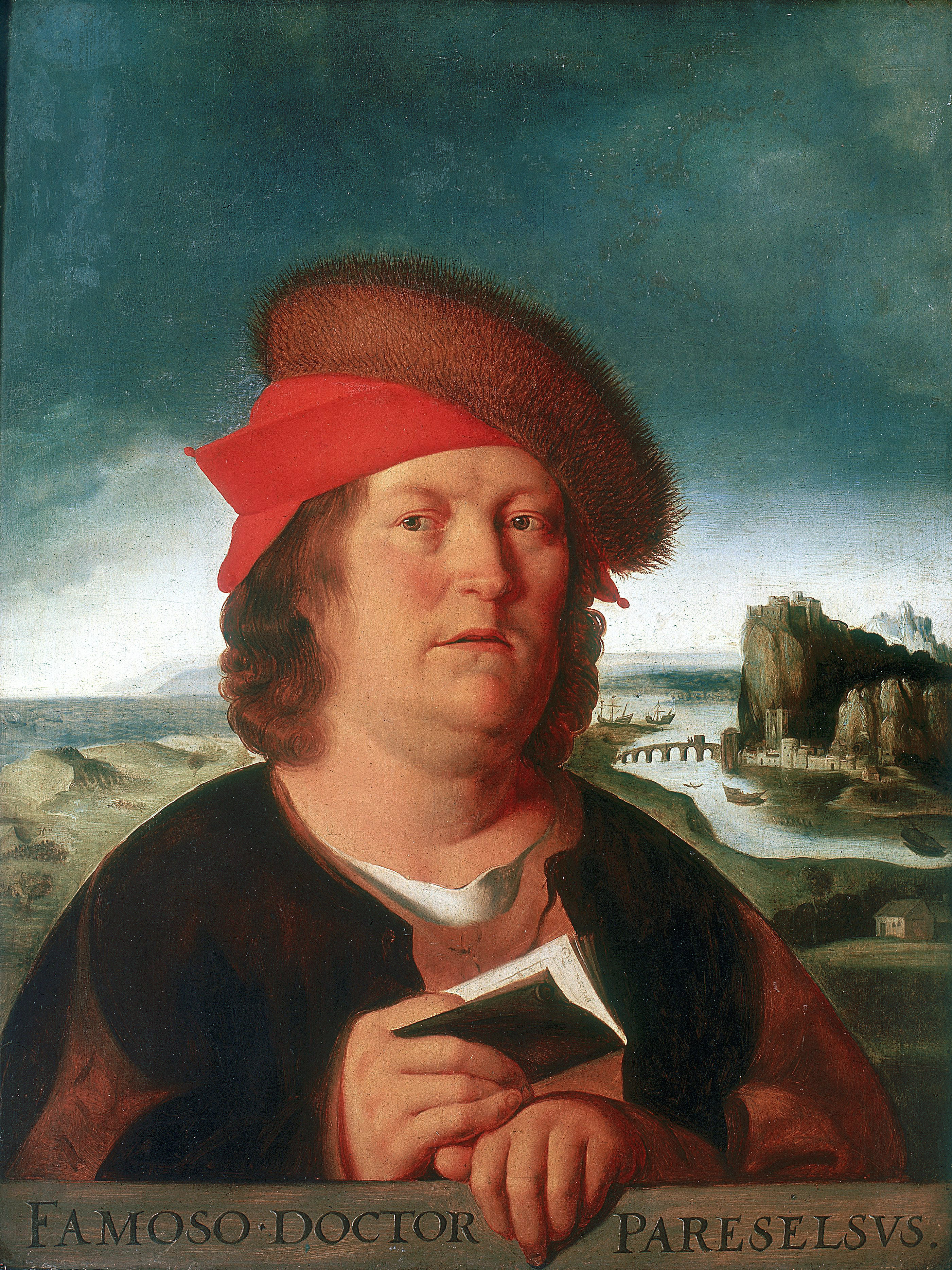 ‘The sun comes out and many reptiles spawn.’

Many to whom the name of Paracelsus is familiar are wont to regard him as a singularly successful ‘quack’ who revived traditions of an earlier school of occultism in defiance of the more ‘scientific’ methods of his own time.

Nothing could be further than the truth.

In fact the ‘doctors’ of Paracelsus’ day were for the most part theorists with very little, if any, practical experience. Paracelsus, on the other hand, derived his medical knowledge from both experiment and experience and travelled the world practising his medical science in more countries than any other medical expert of his day.

The name Paracelsus was a self adopted nom de plume possibly connoting ‘the highest of the high’ a Greek/Latin hybrid play on his surname Hohenheim (‘High-Home’).

To understand the writings of Paracelsus it is advisable to possess the keys to his alchemical code.

‘Azoth’ was the creative principle in Nature.

‘Illech Primum’ was the causative force.

‘Cherio’ was the essence.

‘Evestrum’ was man’s astral body and the ‘Elementaries’ were astral corpses of the dead.

These latter should not be confused with ‘Elementals’ which are Nature Spirits.

‘Magic’ for Paracelsus was, ‘the conscious employment of spiritual powers to act on external nature.’

Much of Paracelsus’ medical thinking is what we would now designate homeopathic, ‘we teach that what wounds a man also heals him and the things that heal a wound in nature heal the same sort of wound in man.’

He must also be regarded as a pioneer in that branch of healing utilising magnetic forces. His animal magnetism he called ‘Mumia’ and held that, ‘as the lily spills forth an invisible perfume, so too does the invisible body send forth its healing influence.’

Finally he was also one of the first and greatest ‘Faith’ healers, holding that faith had a great deal more power than the physical body.

‘If imagination is the cause of many diseases,’ he said, ‘then faith is the cure for all.’

It is tempting to map his three aspects of healing onto the three principles we listed above.

Which would be which, I wonder?

‘Let him not belong to another who has the power to be his own.’

8 thoughts on “The Alchemists: Paracelsus…”