This week, I will be sharing again a little about the people behind the Silent Eye… this is Stuart’s journey…

‘Our own journey is entirely imaginary: that is its strength.’

I grew up in a religiously tolerant family which knew a thing or two about love and faith. Nan left the Catholic Church to marry Gramps and their eldest son, Uncle Geoff, my mum’s little brother eventually rejoined the Catholic Church in order to marry Aunty Cath, which meant that when we went to spend holidays with Little Geoff and Janet and Mandy we went to their Church with them which was Catholic, and when Little Geoff, Janet and Mandy came to spend the holidays with us they came to our church which was Church of England. It didn’t seem odd to do this and it came as something of a shock to realise that in olden times people had lost their lives for less.

Anyhow, I eventually grew suspicious of a Church which required me to stand and proclaim my belief in something that is seemingly physically impossible and so I ceased frequenting on Sun Day’s, although, I still liked to ‘rock up’ around Christmas time to sing Carols, and even at the height of my teens I could be found attending Midnight Mass of a Christmas Eve.

My Religious Knowledge teacher at senior school was a good sort, Mr Whalley by name. He taught that all religious systems essentially referred to the same ‘thing’ which he called Spirit, and he stressed the personal nature of the contact which could be enjoyed with this thing. I liked the stories too, and not just the Christian ones. I liked all the stories because it felt like they were trying to tell me something, if I would only listen… It wasn’t though an immediately obvious thing and it wasn’t historical either because it went beyond history, although I liked historical stories too. I would have liked to study Religious Knowledge at ‘O’ Level but the selections were not set up right, so I couldn’t.

I suppose, really, I came to spirituality through literature and philosophy which I studied to degree level. One shouldn’t really be putting pen to paper unless one has something communal and good to impart and philosophy, properly, is the ‘Love of Wisdom’.

The Spirit is infinitely wise…

Can anyone conceive a well lived life without a love and reverence for the spirit of nature, and the inherent magic, and mystery of existence in some form or another?

I don’t think it is necessary to belong to a Spiritual School in order to be spiritual, quite the contrary, because life itself can be regarded as a school of the Spirit, which of course it is, but joining a Spiritual School can certainly help because what these schools really teach is a series of techniques which enable us to access our natural abilities in order to attune with the spiritual dimension of the world around us in a meaningful and productive way. 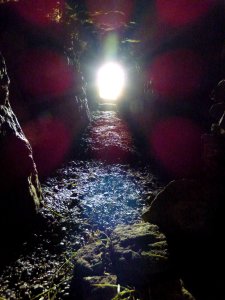 Our School, the Silent Eye, in that respect, is no different from any of the others, we just have a different set of techniques and, perhaps, a slightly more modern approach.

‘The easiest way to approach spirituality is through stories, they are common to every tradition on earth and rather than demand belief all they ask is a willing suspension of disbelief…’
– The Initiate.

…Y’all come back now… you hear?