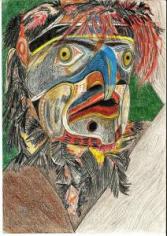 “That’s not Doctor Who.”

“I thought you liked Doctor Who?”

The actor in question was John Pertwee,

The little brat was somewhere between the ages of five and nine years old.

The occasion was some sort of parade, perhaps seasonal, along Blackpool Promenade in which the esteemed Doctor took part in his Vintage Yellow Automobile, along with his ‘assistant’, wearing a white trouser suit, waving to the massed crowds.

Although, doubtless, for our little brat it would not have been the Doctor’s real assistant, ‘just an actress’.

The psychology of all this is interesting.

That same actor and actress playing their roles on the weekly series broadcast on Saturday evening and watched by millions, would, for our little brat, unquestionably, have been the Doctor and his assistant!

So, why not on a Saturday afternoon parade?

Well, let us ask the little brat shall we?

“‘Cos the Doctor doesn’t do stuff like that. The Doctor travels through time and battles evil beings from other star systems, that’s why…”

Clearly, then, it is a question of worlds and their authenticity.

The biggest mistake one can make is to confuse those two worlds.

Because that way the magic is lost.

5 thoughts on “Which Doctor?…”