…We do not pretend to be expert in Australian Aboriginal myth.
We have probably in our whole life-time to date read only a handful of their stories.
We have though spent some time in Australia crossing the country bottom to top from Melbourne to Cairns in a, by today’s standards, somewhat dilapidated, ‘chippy-van’.
Had we known previously that height was an effective deterrent against mosquitoes we would surely have utilised such knowledge.
We have the utmost respect for anyone who heads out into that landscape alone and on foot and with only a digging stick for company.
I shudder to think what might have been the outcome of our trip had the ‘chippy-van’ broken down in the out-back.
Thankfully it did not although at the time that possibility barely permeated our consciousness. 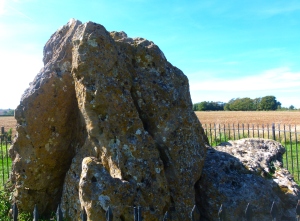 *
Why do such stories resonate so deeply with us?
They are so far removed from the world we have created for ourselves as to be utterly alien.
And yet they are recognisably human in every fundamental aspect.
In the un-adapted version of the story the reason for the young woman’s journey is given as the desire to reach the next linguistic area of the country.
This in itself may have been seen as a ‘no-no’ for the mores of her societal hierarchy.
But it is a journey into the unknown, an adventure, and our heroine doth ‘boldly go…’
Obstacles are encountered and adeptly overcome until the inevitable intrusion of the supernatural.
We say inevitable because myth the world over concerns itself with the other-worldly or supernatural.
One could even go so far as to say, ‘that is its brief…’
It turns out badly in the version of the story we have.
The Dust-Devil ‘wins’.
Beware the Bogey-Man!

In Ancient Greek Mythology it is the Gorgons, those ferocious female demons of whose number Medusa is probably the most memorable who possess the ability to turn mankind into stone.
Such transformations can be read in a number of ways and one of the most interesting is the psychological which would have the young hero’s heart turned to stone by the encounter with the ‘unfettered’ feminine.
A condition which can last a whole life time through if not recognised and addressed.
But the Ancient Greek Myths for the most part are late and although by turns noble and dazzling and glamorous they also display unmistakeable signs of high artifice.
The rift with the land which is in that corpus of work treated as merely a backdrop for heroic human exploits is already apparent in a way that is not to be seen in the Aboriginal stories.
In those stories the land itself is regarded as a being and is treated as such.
But how, we may wonder, can one imagine a supine young woman to be in a rock or a stone?