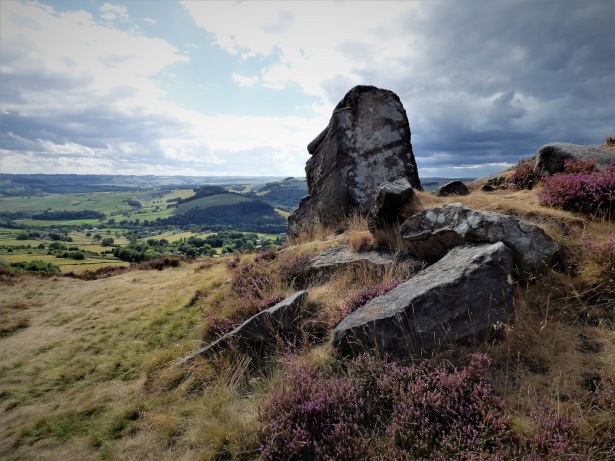 It had been a month since I had last been in the north and, as I took to the road once again, there was the familiar frisson of excitement that always runs through me as the journey begins. This time, however, there was something more… a longing that hovered between fear and anticipation. Last time, the heather had just begun opening its petals… and we had enjoyed a month of unusually hot sun. Would it still be in bloom? 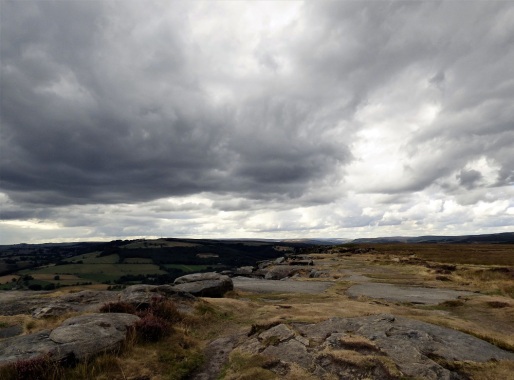 The moorlands that I love are where the heather flowers. Most of the year, the moors are brown and gold. When the bracken unfurls its fronds, they glow with a vivid green… and when the heather blossoms, it paints whole hillsides with its distinctive hue; the air is fragranced with honey and the land wears its soul, at once regal, soft and earthy.

The road led me through six counties and a change of season. In the south, the trees still wear the deep greens of midsummer. Further north, and the touch of ochre dapples the leaves… barely visible yet but assuring me that autumn is not far away. Wildflowers still bloom, vivid against the dry stalks of gilded grasses and clouds of downy seeds follow the breeze in search of a home.

I love the autumn, and I feel in tune with the change in the air, as my own seasons turn with those of the year. But, for once, I hoped autumn would stay its hand, just a little while longer… just for the heather. As I round a bend near Bakewell, there is a far-distant hill that gives me my first glimpse of the moors. When, at this time of year, there is a sunlit streak of purple, my heart lifts and sings. This time, there was only an unrelenting smudge of brown and for a moment I felt near to tears.

Perhaps I was wrong… maybe it was just the dark grey clouds that robbed the hills of colour. But no, my next glimpse confirmed my fears… the best of the heather was over and I would not see it in full bloom this year. For a moment, the disappointment was all I could feel… and a wry acknowledgement that I was being ungrateful. I almost carried on driving.

Instead, I turned the car up towards Curbar Gap and found a place to park. I had an hour or so before I was meeting my friend in Sheffield… and although the heather was over, I love the moors. It is a place where the earth sparkles with quartz from thousands of years of wind and rain whipping the surface of ancient stone. A place where the cobwebs of the journey and the tatters of my disappointment could survive no more than a moment in face of its beauty. 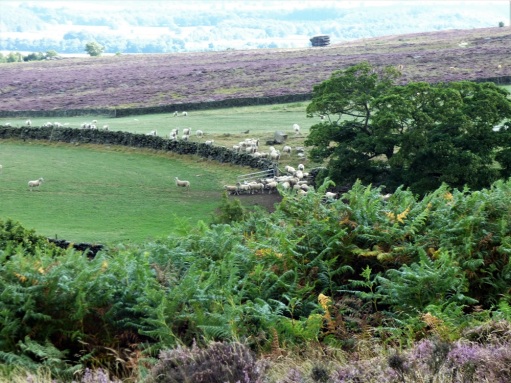 Only expectations lead to disappointment. I have been blessed by past summers… I had seen the first buds break this year. I let the wind blow away my silliness; I need only be grateful for the beauty I have seen… and for this moment… and enjoy my hour amongst the stones of the high places of the moors that I love. I let disappointment go. I have seen enough heather to bring me joy for a lifetime. To see it just once would be enough to imprint it forever in memory, and yet I have seen it bloom for more than half the summers I have lived. I have walked in it, slept in its fragrance, laughed, loved and learned within its misty haze. I can call it up in my mind’s eye and paint the mountains purple. If I close my eyes and conjure a vision of some personal heaven, it holds the perfumed bluebell woods of spring and the fragrant heather of summer. 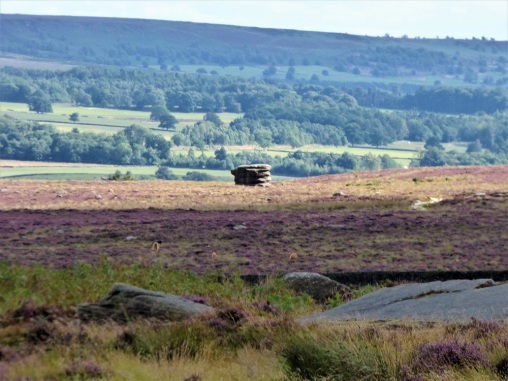 And yet… there was heather. Not the great, glorious swathes I had hoped for, but the last, tenacious shreds of beauty, sheltering in the lee of the stones as the wind whipped over the Edge. I walked between the gritstone boulders, drinking in the distant hills and the green of a landscape undaunted by drought. Stern iron skies reached down to embrace the earth and, in that moment, there could be no finer place to be. I was content. 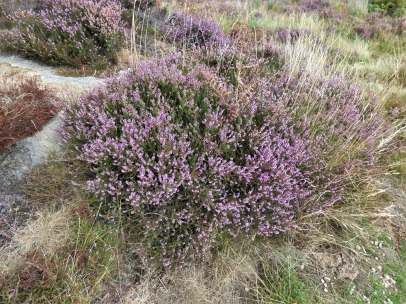 The land is a wonderful teacher. Had I succumbed to the disappointment engendered by expectations, I would not have walked the land here, nor been open to its beauty… nor the heather nestled between the rocks.  As I turned to retrace my steps to the car, a rift opened between the clouds. A stray sunbeam touched the hills below me… and where the sunlight melted the shadows, there was one brief flash of glory that lit the land for me… and the last of the heather.