Our final site was to be a stone circle high on the moors, but first, we had to get there, and the journey can be as interesting as the destination. We walked the ‘long way’ up to the moor, rather than climbing the short, steep slope that would have taken us to the circle in minutes. There were a few reasons for that, but mainly it was so that our companions, who had not visited the site before, could see it within the context of its landscape, because that is the only way it can really be understood.

The longer route takes you around the bottom edge of the moor, following a path whose age is indeterminate. It is what you might call the natural route across the moor, the path of least resistance, especially if you do not know what lies ahead.

We have often found at these ancient circles that they sit in a landscape where a stream divides the habitations of the living from the ‘lands of the dead’ where the cairns and circles are found. We have also found that the paths leading into the sites from a distance seem to follow the course of the water on the ‘dead’ side and this circle is no exception. They never run directly to the ritual sites, always skirting them at a distance. There would be practical reasons for being close to water, but why on the opposite side of the stream from the settlements? Was it a matter of respect for the living? Or was it so that travellers came into the tribal lands under the watchful eyes of the ancestors, treading sacred ground?

We pointed out where the settlement might have been, across the water, as we passed beneath the trees. We also discussed Pointy Stone Theory which had first come into being at this site. Pointy Stone Theory (as opposed to the Ubiquitous Pointy Stone Theory which lends significance to every pointy stone) came about on an early visit. My companion had taken the high path, while I took the lower route. The first thing you see on this stretch of moor is a triangular stone against the horizon. If you head for the stone, you come out on the ridge within yards of the circle. 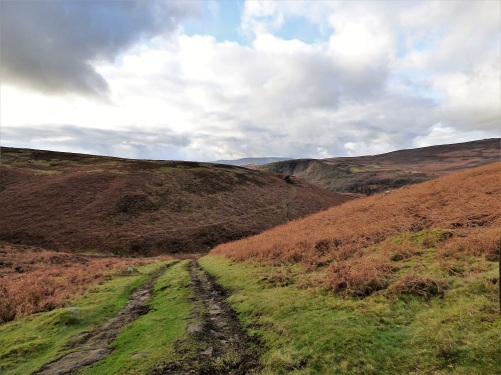 But, if our theories about the trackways were correct, no stranger would want to come that close. How then did they navigate across these vast and seemingly empty moorlands? Following the lower path, it was noted that seemingly random boulders presented a single triangular face…if you followed the route. Deviate from the path and that face was lost. So far, it seems to work, leading you close, but not too close, to the ancient sites. 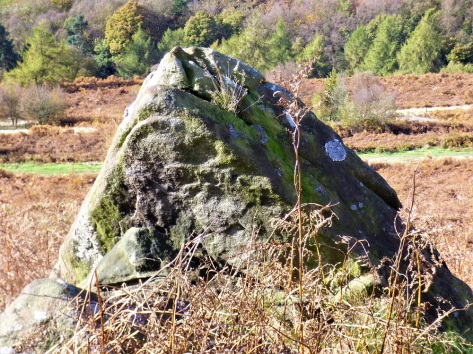 Our forefathers worked with the land on a vast scale. Whole hills have been shaped, and indeed built, to serve their needs and beliefs. Sites such as Stonehenge and Avebury, though best known to us for their very visible stones, cover great swathes of land with interconnected monuments. A simple and necessary thing like a navigation system is not beyond the bounds of possibility.

By the time we had demonstrated our PST, we were at the foot of the long, steep climb up to the moor beside a winter stream. Turning back at the top, we followed the track to the Outlier… a prominent stone from which an average height man of the bronze Age would have been able to get a first glimpse of the stone circle.

But, before reaching the stones, there was something else to see. A huge bed of rock perches on the edge of the moor, seeming to shadow the shape of the distant landscape, although you must lay on the mossy earth to see it clearly. This phenomenon is usually known as mirroring, but as Stuart had pointed out a while ago, a mirror image reverses what it reflects…these features in the landscape recreate the horizon in miniature. 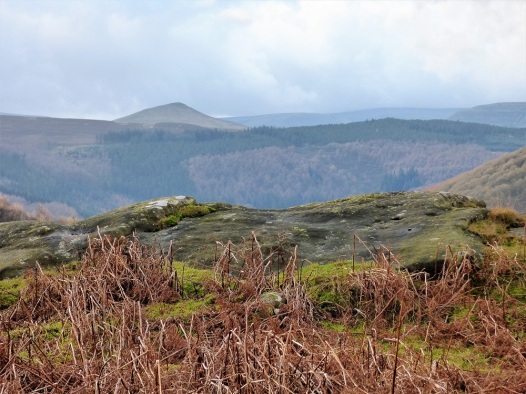 The same phenomenon can be observed on the tallest of the stones of the circle. Its contours shadow the form of Win Hill. From this point, at Samhain and Imbolc, the setting sun appears to roll down the contour of the hill itself.

It would seem as if our ancestors, observing the movements of planetary bodies, chose or shaped their sacred stones to echo the topography of the land, recreating features of the wider world in miniature. This would suggest that their rituals involved sympathetic magic, where working with the microcosm they had created, the cosmic forces of the macrocosm could be harnessed or directed.

Within this ancient and sacred space, we shared a simple meditation, sending light radiating out, joining the sacred centres of this land as nodes of light, and then beyond to the wider world, continuing the work we have been doing for the past few years. It is as if the land itself has taught us what it is… what to do… and what it needs from us.

We had also found over the past year that many groups and individuals are, quite independently, working in the same way with land, stone and crystal. In oddly fortuitous circumstances, we have met and been made aware of each other, as if we too are ‘dots’ being joined together in a vast network of those who serve the Light.

And that brought us back, full circle to the questions we had pondered at the beginning of the weekend. What is it that causes this breadcrumb trail to be left for the curious to find? What prompts unconnected groups and individuals to set their hand to the same task? What did the ancients have in common with the Templars and their spiritual kin, the Freemasons? We all have the land itself in common… all the time… but we seldom pay attention to its whisperings. But when the Underground Stream resurfaces as a fountain of inspiration, there are always those who are able to drink from the well.

There were many questions unanswered…all we had hoped to do was sow the seeds of thought. Much more was discussed than has, purely because of space, made it onto these pages… and many more ‘breadcrumbs’ would lead us deeper into our quest for answers. But that is another story, outside of the bounds of the workshop.

We had one final stone to show our companions…the Raven Stone after which we privately name the site, the Raven’s Nest. Oddly enough, given our preoccupation with the dragon-lines, and serpent symbolism, this is one of only two places we have seen snakes. Quite symbolic when you consider the reptilian nature of birds… and the esoteric convention that sees the symbols of winged creatures as representing a ‘higher’ arc of spiritual evolution.

By the time we came down from the moor, the afternoon had almost gone and we were obliged to take leave of our companions who had a long way to go. We repaired to a local inn for a late lunch, before taking the long way back into Sheffield, over the moors, as the day ended with a final grace. 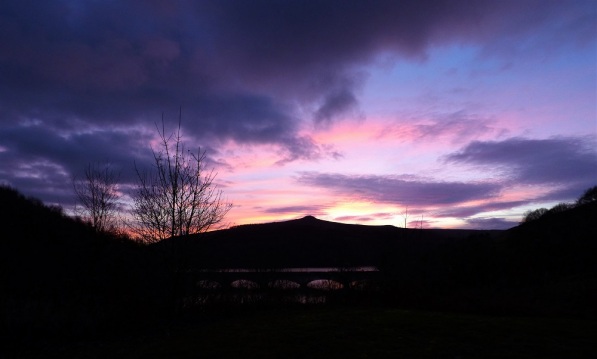 9 thoughts on “Riddles of the Night: Raven’s Nest”