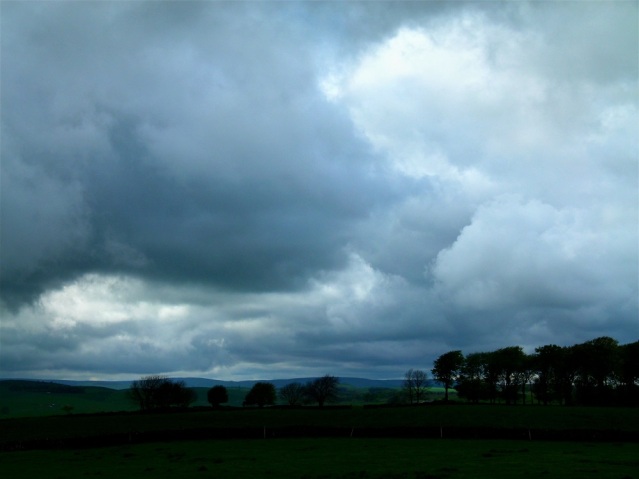 After dinner in a cosy inn, warmed by good food and roaring fires, we set off for the final adventure of the day. Officially, the visit was not part of the planned weekend, but something we wanted to share with our companions. We had been granted permission by the landowners to visit the great stone circle of Arbor Low after dark.

In daylight, the site is spectacular. A huge henge… a banked and ditched earthwork… encloses a central space containing a circle of stones ranging from small boulders to great monoliths. None of them are standing and the official jury is still out on whether or not they ever were. Today, the immediate impression is of a clock face or a zodiac laid out on the ground… a star temple, perhaps, within the body of the Mother…bringing outer space and inner space together. There are rumoured accounts of the memories of standing stones from the eighteenth century, but personally, I do not feel the outer stones ever stood, though the unusual inner cove would have done so. These coves are found only at major Neolithic sites and a skeletal burial was found beneath it, missing both hands and feet.

The circle is high on the Derbyshire hills… so high that you have no sense of how far the land has climbed, save only the lowering clouds that seem close enough to touch. From the outside, the henge looks like a feminine figure reclining on the hilltop. From the air, the female symbolism is even more striking. As the solstice approached, we would enter the darkness within the body of the goddess and emerge renewed.

Although not an official part of the weekend, it did tie in with our look at the ley network and the ancient tracks. A Roman Road, built to follow the course of a much older trackway, runs just five hundred yards from the circle. We knew, from previous research, that Arbor Low formed one of the points involved in a countrywide set of geometries and was considered a major centre for leys. Curiously, as the leys are also known as dragon lines’ and serpent energies, most of the women we have taken to this circle in daylight have reported feeling that the stones were connected to serpents or snakes… not surprising when some of the stones themselves look reptilian. What we did not find out until afterwards…and which could not have tied in more neatly with our findings at Bakewell with its octagonal tower and eight-pointed anomalies in the church… is that the leys which pass through Arbor Low form an eight-pointed star. That would have been a strange enough coincidence on its own. 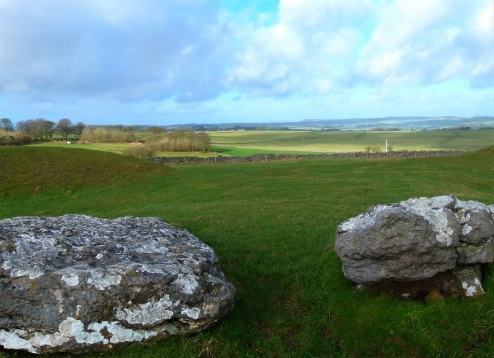 There was utter silence as we crossed the farmyard in the pitch blackness of a December night. The nearest town and street lighting are miles away. Had the sky been clear, the stars would have been amazing… but, although our luck had held with the weather so far, a clear sky was not on the menu. Instead there was a heavy pall of cloud that descended to meet us as we climbed the last slope through the muddy fields.

Passing between the serpent stones, we each chose a stone in silence for private meditation. As I lay on one of the stones of the stones of the cove, closing my eyes to outer darkness, rain as fine as frozen stardust began to fall. Perhaps it was not rain, but a cloud come down to kiss the earth…we would be drenched, but gently so.

From that meditation, I emerged with a symbol in my mind, an arrow-head with an eight-rayed star glowing at the centre, which would not begin to make sense until later when we found out about the star-patterned leys.

With that symbol in mind, we shared a simple dedication and healing at the centre of the circle, sending light through the leys and out into the world. Whether or not one believes in the ley network or the power of ritual, the power of the imagination, fuelled by sacred intent, is a potent thing. If it changes nothing but something within ourselves, it has wrought a change in the world. Like the tiny raindrops whose touch was no more than a whisper on the skin, but whose cumulative effects were felt by all, from such small changes, great change can grow.

12 thoughts on “Riddles of the night: Beneath a starless sky”