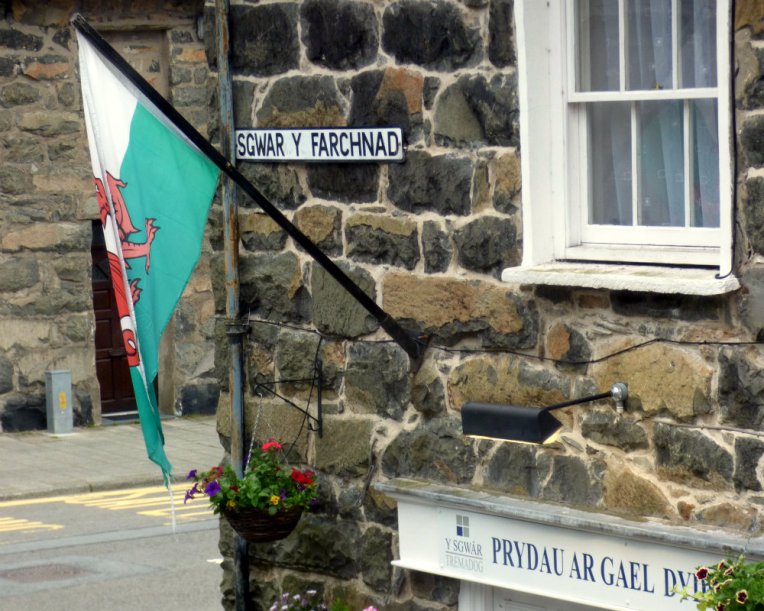 The road through Snowdonia was spectacular…at least, once we had left behind the rush hour traffic on the main coast road that delayed us.  Realising we might miss the pre-evening drinks, my companion sent a text to say we would be a little late, while I tackled roads I would otherwise have loved to play on. It had been a long, fabulous day and we were looking forward to a shower and a change of clothes before dinner. It was not until we reached the hotel in Tremadog that we found the message alerting us to a change of plan and a scramble to reach the restaurant in time for dinner. 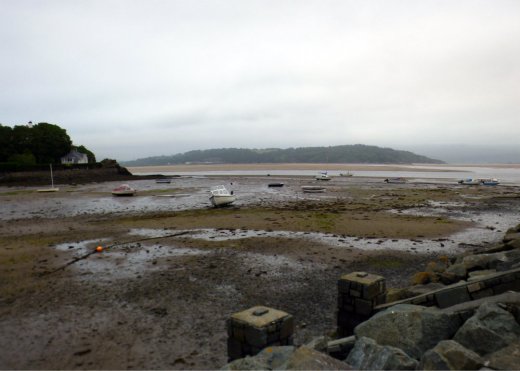 The tide was out when we reached Borth-y-Gest, a Victorian village on the Glaslyn estuary. Boats were beached on the sands of the little harbour and distant clouds blurred the view across the river to the Rhinog Mountains. After the impossibly vivid green of the hills, the muted grey-gold tones made the coastline seem like another world entirely. There was a greater sense of unreality within the quiet urban landscape than there had been on the heights. We were installed at the booked table in the restaurant to await our companions, feeling the difference acutely and probably about as comfortable as the fish on the menu. We had not long to wait though before we could greet our friends and their presence changed the atmosphere, bringing us back into the moment for the communal meal. 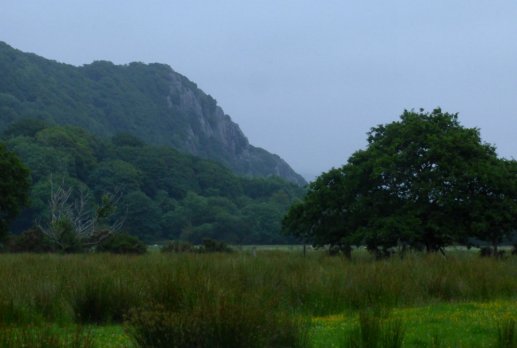 We gathered after dinner on the grass beside the bay to take the first of our readings together, inviting others to participate in the random choosing. It was an interesting and unexpected reading, with a dynamic and creative masculine tone. Although the little harbour was a quiet, sleepy place, after the bright, green silence of the hills, the difference between the natural evolution of the world and the imposed vision of man had seldom seemed more apparent; the reading fit well. As a species, we are capable of changing our world so drastically and dynamically, and over the course of the weekend we would see many striking examples of how our vision has shaped the earth. 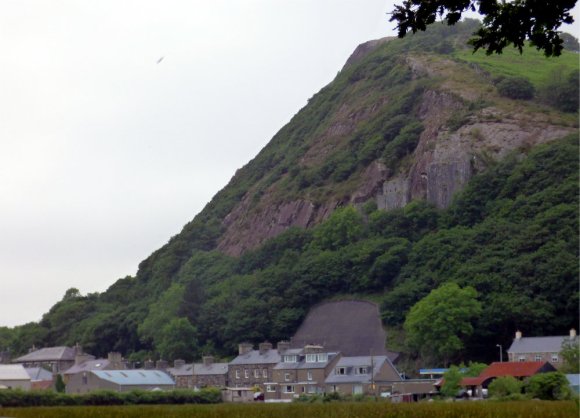 Tremadog, the place where we would be staying for the weekend, was a good example. Civil engineer, William Madocks, bought the land in 1798 and founded the planned village of  Tremadog. He laid out the settlement beneath the dramatic backdrop of the mountain cliff that dwarfs the houses, with the town hall facing down a long straight street,the soaring rock at its back. We went for a walk on return to our hotel, the Golden Fleece, noting the details. Madocks believed that men should be able to live and work with choice. He built both church and chapel, included inns and a school to serve the residents. It is efficiently planned and with a number of details that give it character and  lift it away from the mind-numbing blandness of many modern developments, there is an indefinable quality that has only a tenuous hold… a homeliness that comes only with the organic growth of community. 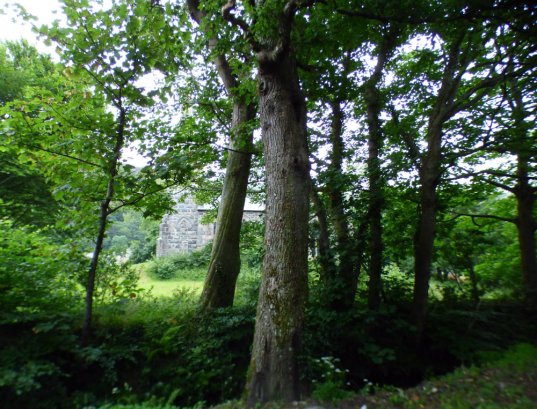 My own town, like so many others, is now building ‘villages’. The buildings in these concentrations of housing are carefully designed to give an impression of diversity. Many draw upon the old concept of ‘street houses’, terraces with shared walls and aspect, where once a lifestyle was truly shared and communities pulled together to look after their own. When your most intimate laundry was strung across the street to dry, raised high on pulleys for the traffic to pass beneath, and several families shared the toilet at the end of the block, there was really nowhere to hide. Neighbours not only knew each other and their business, but were there in times of trouble, knowing from their own experience what was needed. That is something that must grow organically, born of a shared life; it cannot be imposed by planners, no matter how they try, and I doubt that many of these artificial ‘communities’, built of plasterboard and a desire for quick profit, will stand long enough for communities to evolve into themselves. 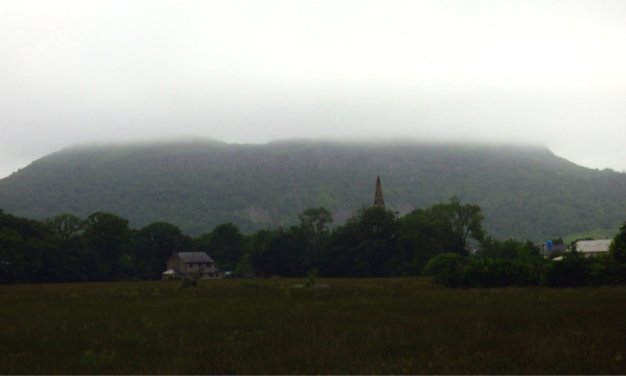 Modern society encourages an aspirational lifestyle, where success is measured by possessions. This, in turn, encourages an insularity…an ‘every man for himself’ mentality where all are obliged to compete for the prize of achievement. Communities are shrinking to include just those who come within our own ‘castles’, where we look after our families and close friends. It seems as if is only in times of real trouble that we remember that we are capable of acting together for the greater good. It is then that we see the human spirit come into its own as people open their arms, homes and wallets to help the victims of tragedy. We have to do studies on how to be happy, in which they cite the benefits of kindness and qualities such as forgiveness and gratitude. I am not sure I like the society we are constructing for ourselves… 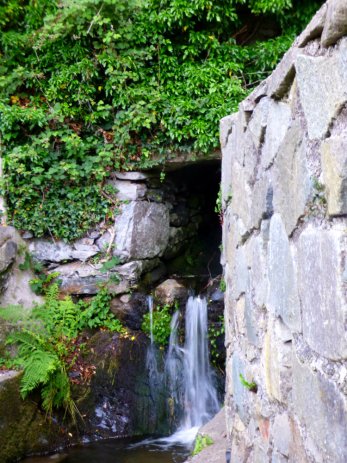 As we walked around Tremadog, the mists came down, veiling the evening and reminding us just how easy it would be to lose oneself in the heights. Lights shone from houses and the noise of the traffic gave way to the quiet roar of water, falling in ceaseless sound from hills drunk on clouds. A stream flowed down into the town through a man-made culvert, showing how simple it is to invite the natural forces of earth into our lives, preserving their essence, while harnessing their power. We like to think that we have come a long way from those early days when community was tribal and based on the shared need for survival. We are not so very different today, though the terms of our ‘survival’ now wear a different and branded face. Yet it is still those higher qualities of humankind that, in our own estimation, set us apart from the other animals, that touch our hearts and draw from us a true sense of aspiration, a desire to grow into ourselves and be measured by more than what shoes we wear or where we dine. 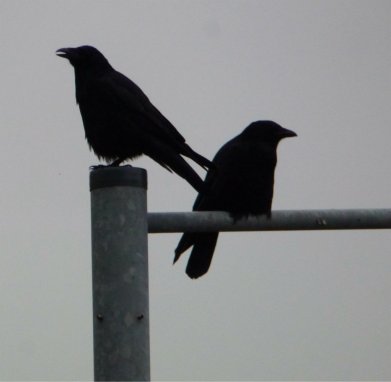 We wandered back to the Golden Fleece as the light faded. The public bar is a relic of older centuries where the language is Welsh. There is a timeless quality to the melody of voices in conversation. The bar itself is a cave-like affair, originally the wine cellar, and modernisation has created spaces in which to relax. There is really nothing wrong with modernity in itself. Light, colour, cleanliness and comfort… time to spare…. all are easier and more pleasant than the lifestyle that even the original inhabitants of Madocks’ dream would have known. We have come so far and learned so much and yet we seem to be at risk of losing our way. The brighter we burn, the deeper the shadows we will cast and the easier it becomes to lose ourselves within shadows of our own creation. Our needs are natural, our lifestyles artificial… yet somehow we need to find a reconciliation, a balance between the two where our own integrity is maintained. The next morning we would be visiting a place where such a vision had been pursued with a passion… 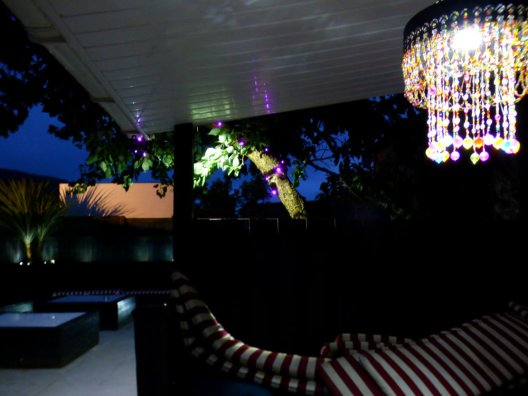 13 thoughts on “The Wyrm and the Wyrd: Under hill… and under construction”