During the Silent Eye’s annual workshop this April, we engaged in a discussion about fear. There was, I believe, a general agreement that the ultimate fear most people, if not all, harbor is the loss of the individual as a separate entity. We fear the obliteration of the self as we know it, because we learn to believe that there is a self separate from the Source that is all things. How can the self be separate, but whole? Or is the self that is separate really whole? The illusion of separation allows us to feel special and different from other living beings. It feeds the ego’s ideal of superiority, or at least a sense of uniqueness.

The other day, while walking in the woods back in New Hampshire, I thought about how what we fear the most is also what we most long for. It is ironic in some ways, but it also makes perfect sense at its essence. The example of the loss of self in the form of a part of the body came to my mind. I thought about the phenomenon of the phantom limb, which is felt by the body it once belonged to, and still does, in essence. For the reverse is also true, as seen with organ transplants. Patients who receive foreign hearts, for example, often experience personality characteristics of the donor after the transplant. The cell always carries the memory of its home. 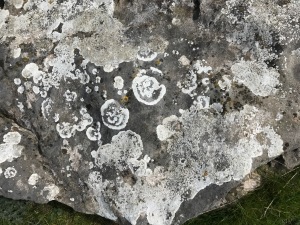 A home that extends, ultimately back to its source. Our bodies, made from the elements of Earth, carry the memories in our cells of their origins. Our souls, in turn, have a memory of the Source of All. We carry within us the memories of both as home, and all the “homes” and “mothers” that we experienced throughout our lifetimes. Which leads to the longing of the self to return to that union, even though we become somewhat used to the idea, or illusion, of separation. Confusing that longing with something else.

3 thoughts on “The Re-Cycling of Life by Alethea Kehas”