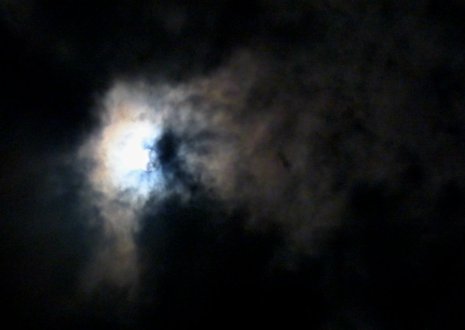 We had the supermoon a few days ago. On the night when it was forecast that we would see the phenomenon at its best, the moon was hidden by a thick pall of cloud which, though beautiful to watch as the moonlight lit it from within, did not exactly give ideal conditions. Luckily, though, the previous night had been beautifully clear and I had watched a golden glow surround the moon in her rising and seen her unveil silver beauty low in the sky.

It had been the same with the meteor showers. When they were supposed to be at their best, the cloud was impenetrable.Yet I had seen shooting stars cross the sky as lines of white fire in the nights before and after…and one glorious meteor that was as bright as a firework flash across the blackness.

The predictions had been wrong. While the moon and shooting stars were evidently doing their thing above the clouds, the best nights to see them were not the nights foretold. Or at least, not here and not for me.

Scientific predictions are like that though…uncertain. They can only ever take into account known factors. Not the random stuff the universe has a habit of throwing into the mix. They may build into their calculations a random element of uncertainty in an effort to offset the unpredictability of reality, but even so, you can only be guided by them, never rely upon them.

During the course of one bit of randomness, I was talking to my son about the death counters that are available online. They are supposed to offer a countdown facility to the predicted date of your death. Most come with a disclaimer that, should they get it wrong, they accept no responsibility. Either way.  Most simply allocate a fixed lifespan, subtract the days you have already lived and count down to that date. Others at least try to add in those factors known to lengthen or shorten the average lifespan…though there is no guarantee there either…and calculate your date of death accordingly.

One that I looked at had, at least, the benefit of being amusing. When a date had been entered in the wrong format, the programme had simply replied, ‘you are already dead. Have a nice day.’ They are not designed to be taken seriously. Or are they?

If you look at one of these lifetimers, you can see the seconds ticking away. If you looked long enough, you would note that you had just wasted a minute. Perhaps two. Minutes that have been and will never be again, subtracted from the total ticking away on the timer. Were you also to look at one of the lists of statistics that detail the time we spend sleeping, working, doing housework, cooking and all the other necessities of life and subtract those from the total too, you would probably find the whole process both depressing and even a little morbid.

On the other hand, you might find it motivates you to enjoy, rather than lose, that indefinable span of time that is your life. To be aware of it and treasure its gifts, rather than allowing it to slip away, drowned in mediocrity.

It is not a case of settling for some nebulous idea of second-best or might-have-been, but about accepting the gifts that any moment can bring, making the most of them in full awareness and knowing that right here, right now, for you, this is the best. 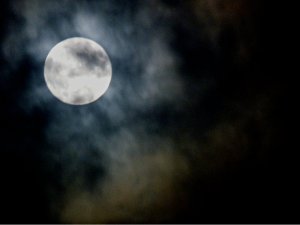