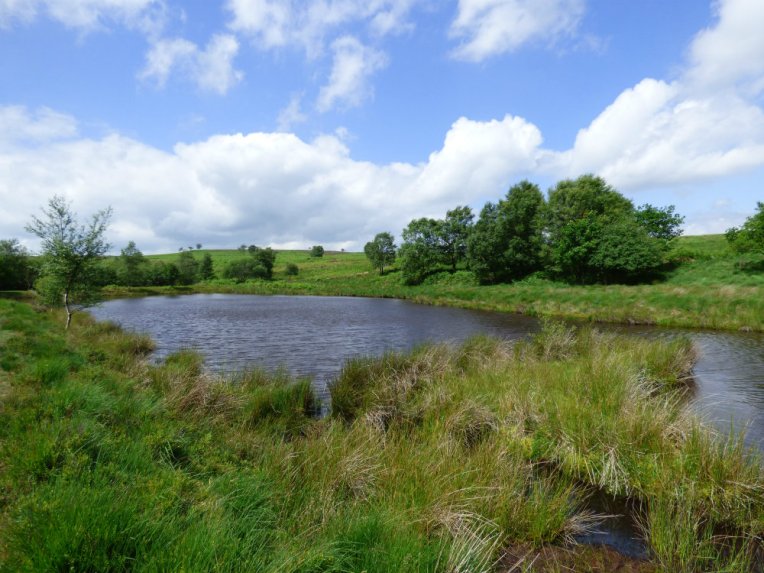 A herd of deer were outlined against the far horizon as we followed the path, leading our companions across the moor to where it joins the track that runs above Bar Brook.  The stream gathers the peat-stained water from the moor; feeding the old reservoir, its course divides the ancient lands of the living from the realm of the ancestral dead. The original track upon which we now walked might be from any age, but the wheel ruts and gravel speak of the modern vehicles that have used it and suddenly you feel as if you have been taken out of the story you were living and can now only observe.

As we walked past the old bridge that crosses the stream, there is a choice of ways. There are many crossing points, but this one seems odd as there is no visible path leading to or from it. A bridge whose only purpose seems to be to allow you to choose. Beyond the stream once stood the homes and hearths of the clan. On this side the path leads to a place of magic and mystery… and it was this path we had chosen to walk.

To the left the land slopes up to where the cairns sleep beneath the bracken. A few trees take advantage of the meagre shelter offered by the little valley and beneath them the bright caps of toadstools add to the unreality of the place. We walk on towards Deadshaw Sick, a stretch of marshy ground that leads to a little waterfall where the rowans grow. We gather again at one of the Companion Stones… modern sculptures inscribed with poetry. This one has the image of a recumbent man in outline, asleep or dead, who knows? Around the stone is a poem, half hidden by the grass and deliberately mis-spelled to engage attention.

Beyond the stream, on top of the hill, you can see a standing stone. There is another at the top of the waterfall and still more on the moor above. At least some of them are guide stoops… placed in the trackless heather to give directions to travellers a couple of centuries ago. Others, we are not so sure. Around them are traces of Bronze Age homes and these stones  seem older, more weathered, too many and too close to be guide-stones. Whatever their origin, it is as if the moor has taken them for its own and shaped them to its own story.

Across the water, a rocky outcrop stares back at us; an unmistakable face weathered from the stone and flanked by a cave, just big enough for a man to stand and watch the crossing. We suggest some might want to go and look, but no-one chooses to cross the stream into the living lands. Instead, we stand in silence, sharing some unfathomable emotion. 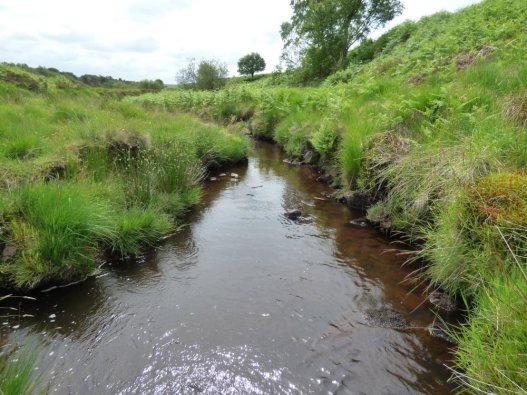 We walk on, passing between an avenue of stones. Beyond them lie traces of ancient fields and the outliers of the stone circle, buried now in the bracken; you can only see them clearly when the bracken is low. They seem, to the casual eye, like random boulders tumbled across the moor, but we had noted them as ‘significant stones’ on an early visit and only recently found their stellar alignments have been calculated and plotted, aligning with sun and moon at the changing points of the year.

The cairns come close to the path here as the track seems to turn its back to hearth and field. The land itself draws you in, pulling you close as if to whisper secrets. Water wells from the earth and in winter fills the small pools that flank a path that begins to climb once more. Passing between them, you see the first stone of a stone circle, rising above the horizon…

24 thoughts on “Circles Beyond Time – Between two worlds”