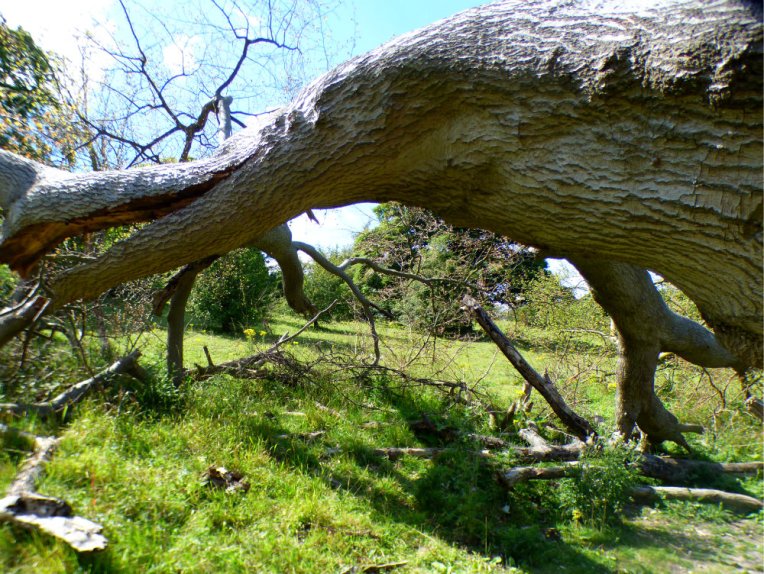 It was the hottest day in ages, so of course we decided to climb the steepest hill in the area, with neither hat nor water. And we would do it via the longest route and the steepest slope. By the time we were on our way down again, it would not have been surprising had we been hallucinating, which may explain why the great branches of the shattered tree looked like a smiling monster, arching over the path. 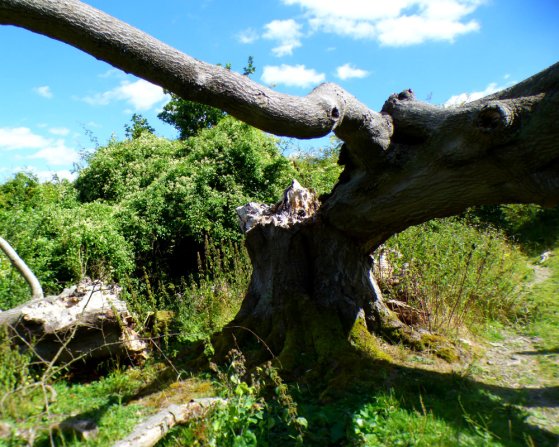 The tree had little to smile about though. Whether by the weight of its limbs or a lightning strike, the branches had snapped from the trunk, leaning forlornly away from the place of its growth. What had broken away was  itself as wide as a tree trunk, its heartwood shattered and exposed. You could only imagine the age and the years it had seen. Where the branches had fallen, the wood had begun to rot and small creatures were at work, burrowing, buzzing, turning the carcass into new homes and returning it to the earth. Dead leaves still clung to the branches; for them, autumn had come early. The tree didn’t seem to mind; its wood carved by Nature herself into a semblance of its serene spirit. The lined and bearded face of the ancient one lay upon a bed of green and watched the clouds pass.

Yet, as we looked around, it was clear that even in defeat, the tree had not given up. Long after midsummer when the leaves are holding their breath before the blaze of autumn, for this ancient tree, incredibly, it was spring. Tender green leaves were unfurling, months late, from the one unbroken branch. Its spring had come late, yet it was beginning. Life, like hope, is tenacious.

Life does not die, nor does hope; only the forms that hold it decay and dissolve. The dead wood had gone and now the tree needed only to give its energy to that which would grow…and around us the delicate tracery of its branches carried a constellation of green. In what seemed to be death, life had found a way. In apparent destruction, a fresh beginning. 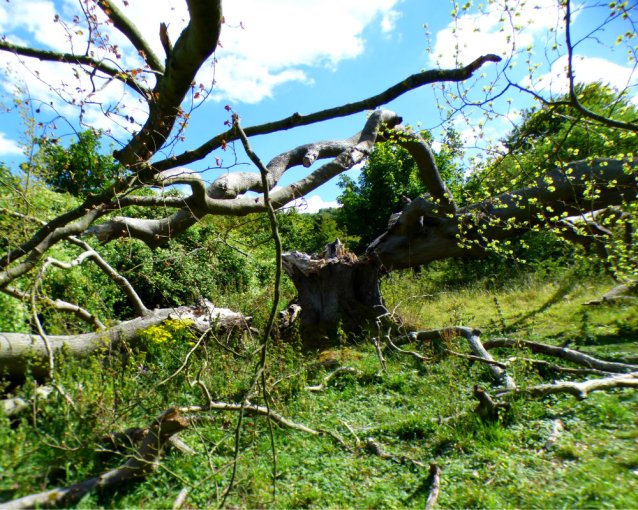